Outbuilding to SW of Stable Courtyard at Cresselly House 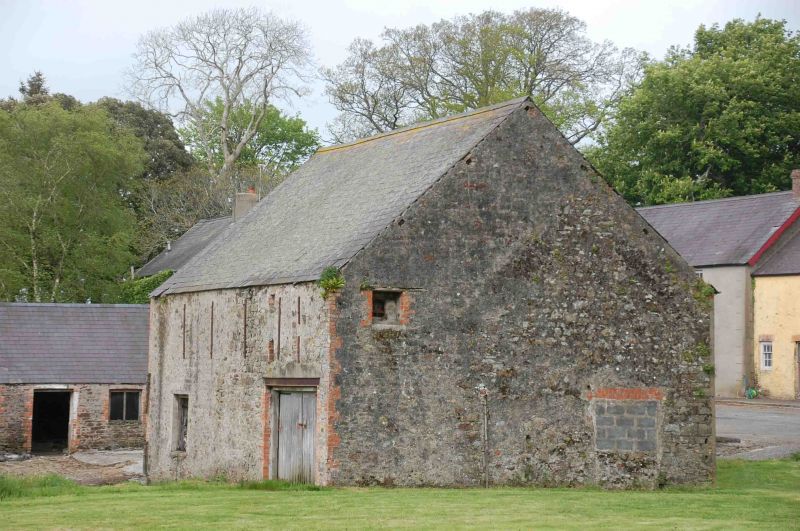 Location: Set back, immediately to the SW of the stable courtyard which lies to the S of Cresselly House.

Cresselly House was built by John Bartlett Allen c.1770 and enlarged in the 1860's. This C19 outbuilding is traditionally referred to by the family as the Engine Shed, but the reason for the name is unclear.

Detached 2-storey outbuilding, facing E. Cement render at front over rubble, with comparatively steep slate roof. Three small square upper windows at front with assorted ground floor openings. At the E side is a 3-ton weighbridge, no. 3667 by Parnall and Sons of Bristol, apparently complete with balance arm and weights, its weighing mechanism worked from a cupboard in the N room.

The S half of the building is open to the roof. The N half is of two storeys, reached by a staircase not in its original position