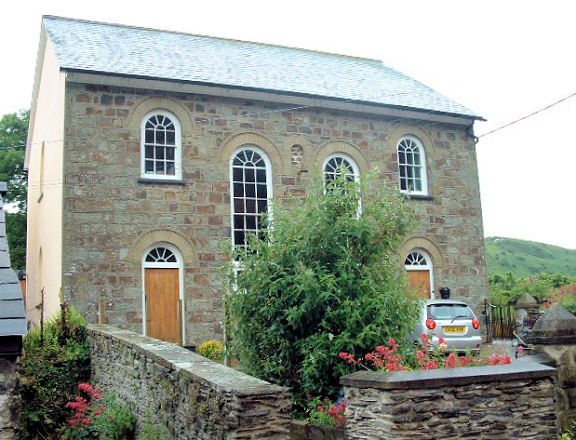 Location: Situated in the centre of Llangranog to the S of the B4321 and near the junction of that road and the B4334.

A well-proportioned late example of the lateral fronted chapel, in a prominent position.