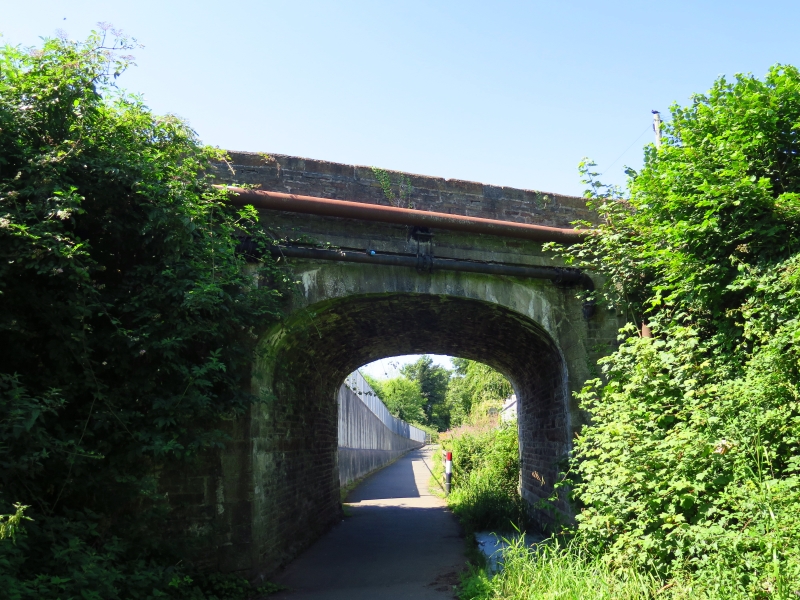 Location: Located at the NW end of Ashburnham Road, 100m SW of the parish church.

The Kidwelly & Llanelly Canal was begun in 1812 and extended from Llanelli to Kymer's Canal (1769) on the E side of Kidwelly. Later the canal was taken over by the Burry Port & Gwendraeth Valley Railway and in 1869 it built a railway mainly on the bed of the old canal. The BP&GVR was taken over by the Great Western Railway in 1922. The railway closed in 1985. The bridge carries a road through the village and is shown on the 1839 Tithe map.

Slightly skewed single-span, single-carriageway coursed-stone bridge, with freestone voussoirs to a 3-centred arch. A raised impost band is carried up over the arch. The parapet has plain copings and curves sharply outwards to square terminal piers. In the channel beneath the bridge is a raised course, or 'rubbing strake', defining the original level of water in the canal.

Listed as a well preserved early C19 canal bridge, one of the few remaining in this area.