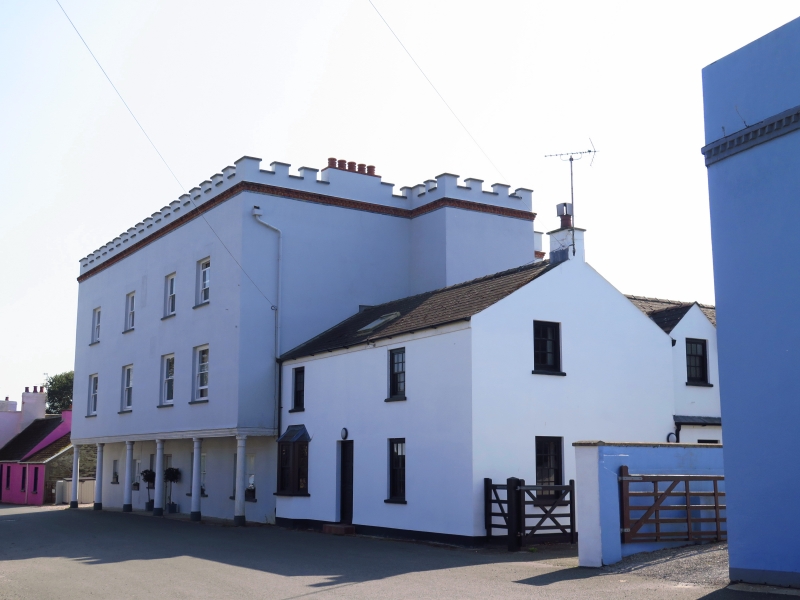 Location: At S side of village street.

A hotel formed in 1904 from two cottages, and part of the improvements carried out by the squire of Angle, Col. R W B Mirehouse (1849-1914). It relates to a number of cottages on the S side of the village street and elsewhere in the estate improved and enlarged by the Colonel in a distinctive manner. The hotel has a colonnade of six round cast-iron columns at the front under which the pavement of the village street runs.

The hotel is of three storeys with the upper two carried forward on the colonnade. Parapet and crenellations. Rendered brickwork. Decorative brick cornice of three courses, the centre course conisting a dentil course of bricks set diagonally. Two-pane sash windows.
Colonel Mirehouse had served in South Africa in 1900 and is said to have favoured a colonial style of architecture, which perhaps explains the flat roof and sheltered pavement.