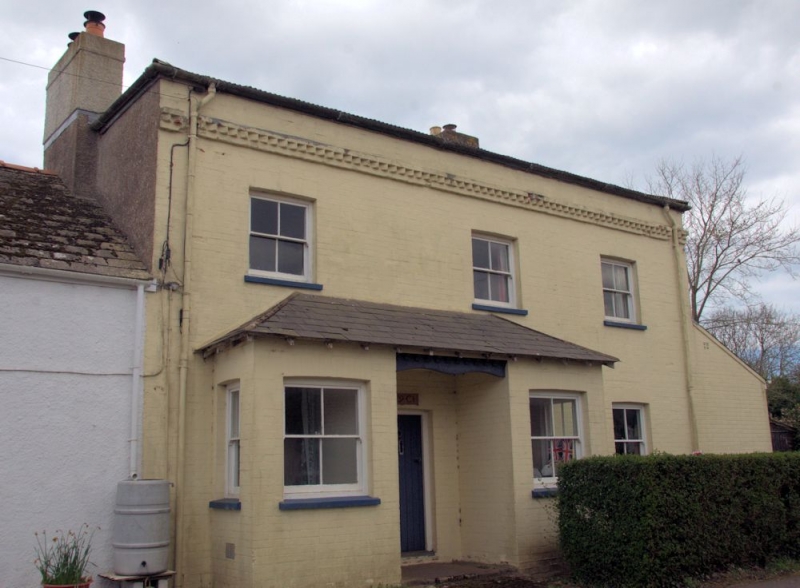 Location: S side of village street, six houses W of The Globe Hotel.

A pair of cottages, two of a group in uniform style amongst those improved c.1905 by the squire of Angle, Col. R W B Mirehouse, and part of a systematic village improvement including the Globe Hotel. Single storey cottages with end-chimneys, built in local rubble masonry, enlarged in brickwork to two storeys, extended to the rear, and given a flat roof. Walls rendered externally to conceal the change in material. Decorative cornice at front similar to that on The Globe. Two pane sash windows in a range of three windows (no. 17) or two windows (no. 18). [Windows of no. 18 altered]

Group value with Nos. 12, 22, 23, 24, 33, 34, 35 and Globe Hotel.
Listed as an example of estate village improvement commenced under the patronage of a country squire in the period before the Great War.