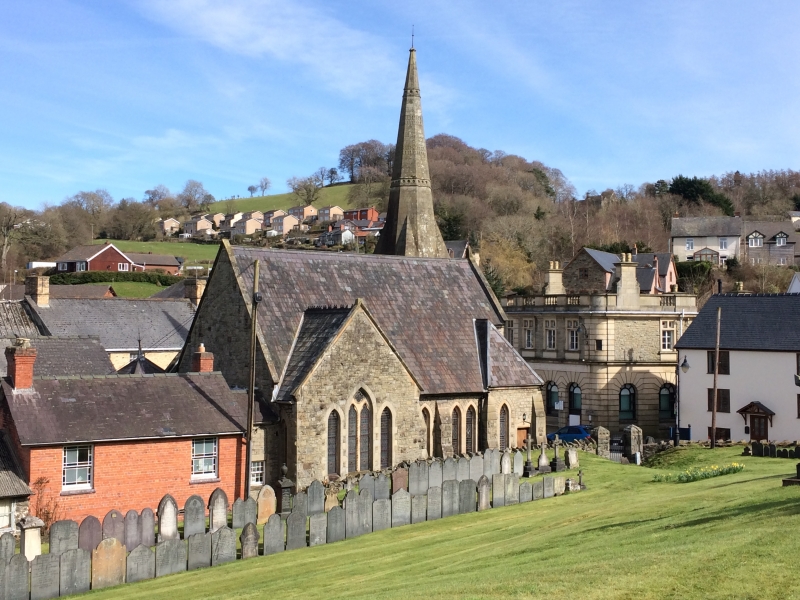 Location: Located at the corner of Bridge Street and High Street at the centre of the town.

Exterior: Chapel in early Decorated style. Rock faced stone with slate roofs, limestone dressings. NW two stage tower with spire has tall lancet in recess and panel with corbel table at base of broach spire. Nave with W and E transepts and two storey vestry at N end. Paired foiled lancets to transepts and three-light window with roundels at S. end. Vestry approached by 9 steps from forecourt has hipped roof and small gablet over centre window. Part glazed door at street level with sequential windows either side.

Listed for its contribution to the character and townscape of the town centre and as an unaltered late C19 chapel.