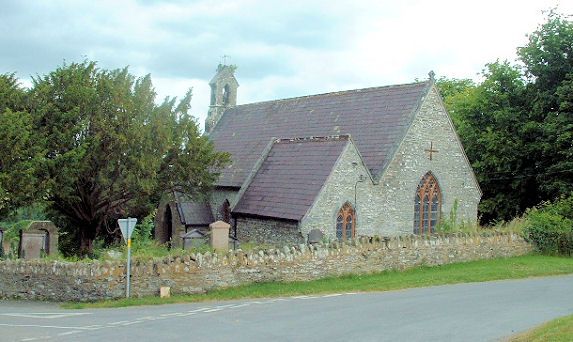 Location: Situated some 2.25 km NNE of Ffostrasol, on S side of minor road running E.

Listed as a very good example of Caroe's simple and understated restoration of an early C19 church, good fittings by Caroe.