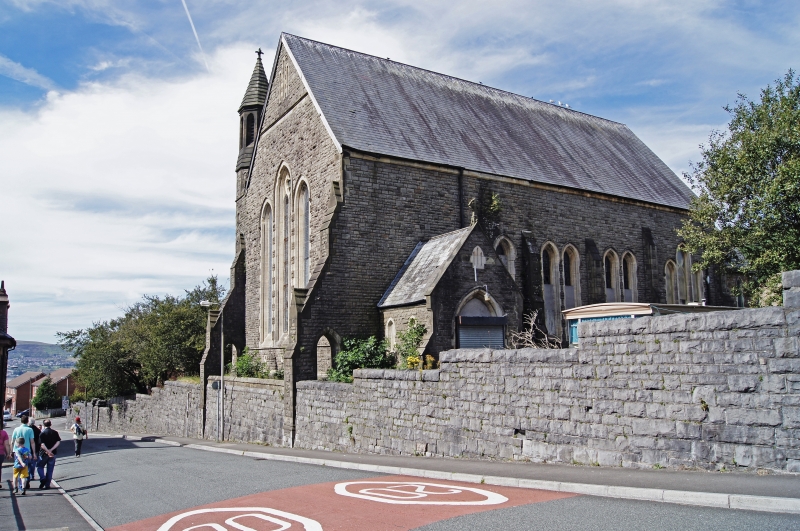 Anglican parish church, originally built in 1827 for £3,000 for Sir Josiah John Guest, of the Dowlais Iron Company, but sequentially rebuilt such that the whole is now Victorian Gothic. Chancel of 1873, transept of 1881 by William Lintern, and finally nave with aisle and porches of 1893-4 by E A Johnson of Abergavenny. Organ by Norman & Beard 1906. Closed in late C20, now derelict. The church is oriented N-S, so that the transept is on the W and porches are E and W. Sir Josiah John Guest is buried here.

Included as the historic parish church of Dowlais, and for strong historic connections with the Dowlais Iron Works and the Guest Family. Group value with Dowlais Works Stables.