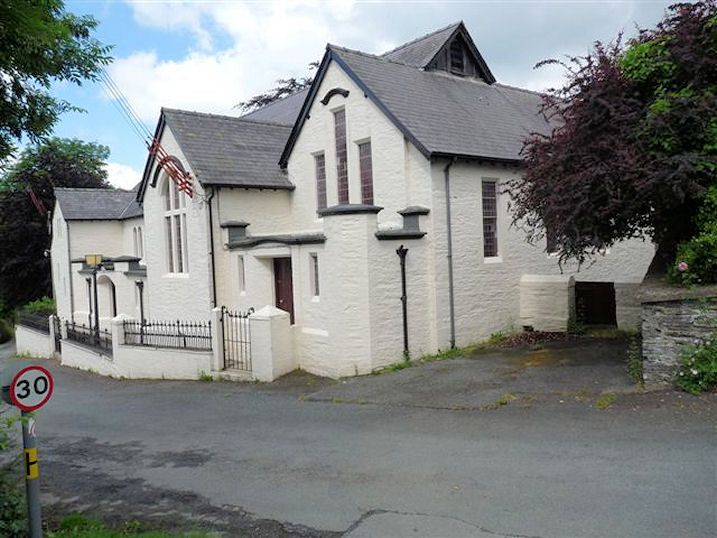 1920-1 Independent chapel by J. Howard Morgan of Carmarthen. One of the older congregations in Cardiganshire, derived from a group that met in 1672 in Cenarth, the first chapel at Cwm Cou opened 1737, a branch of Llechryd chapel. The chapel was rebuilt for £400 in 1814, improved in 1843 and 1859. A photograph in the vestry shows a lateral front with arched centre windows, outer doors and 6-pane gallery lights.