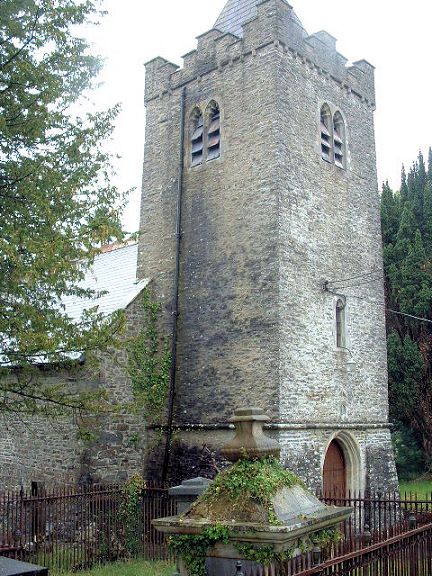 Location: Situated in Llanwnnen village on W side of B 4337 some 60m N of the cross-roads with A475.

Medieval church restored 1875-7 for £880 by R. J. Withers. W tower probably C15 is added to an earlier nave, as seen by the battered base of inside W wall. Nave and chancel rebuilt within the old walls in 1875-7. In 1810 the church had a medieval carved wood screen and octagonal font. In 1848-52 some repairs were done probably by C. Davies of Cenarth.