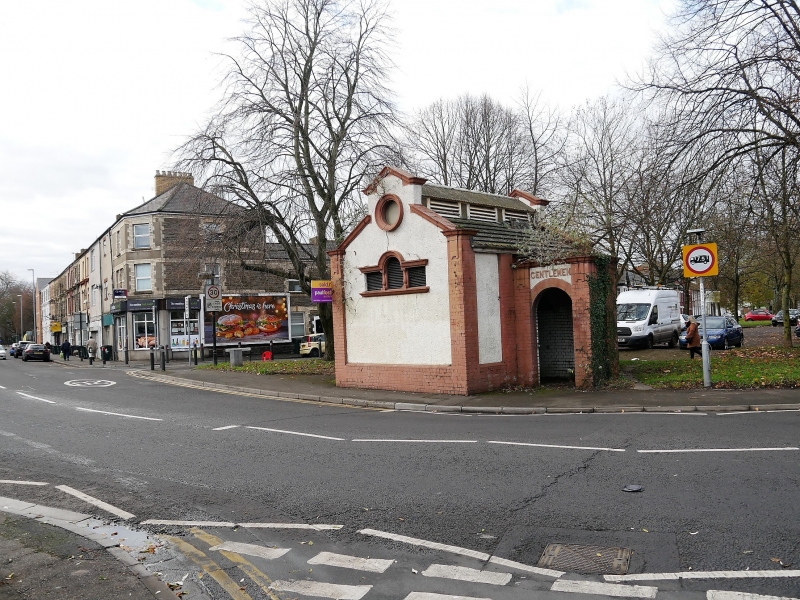 Location: Located at the junction of Courtybella Terrace, Mill Parade and Church Street, opposite the old Tredegar Dry Dock Offices at the S end of Commercial Road.

Listed grade II as a very good example of a surviving Edwardian public convenience having strong architectural character and group value with the Tredegar Dry Dock Offices opposite.