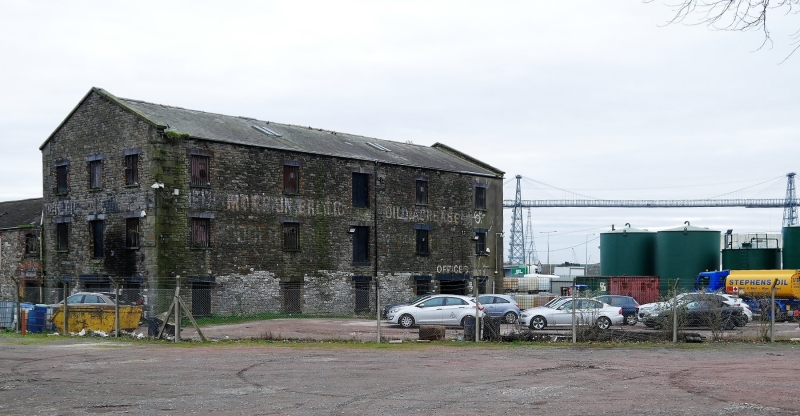 Location: Located on W side of the A4042, close to junction with Dock Parade. Formerly on street known as Portland Street, now redeveloped.

Mid C19 warehouse probably constructed c1844, formerly abutting the western side of the Old Town Dock; the cast-iron may have been supplied by Homfray from his Tredegar Ironworks. The Old Town Dock opened in 1842, constructed by the Monmouthshire Canal Company to designs by John Rennie (1794-1874). The Dock closed in 1929 and was infilled in 1932. The building was occupied by Morris and Dibble, oil, grease and colour merchants, trading from 1889 - 1970's.