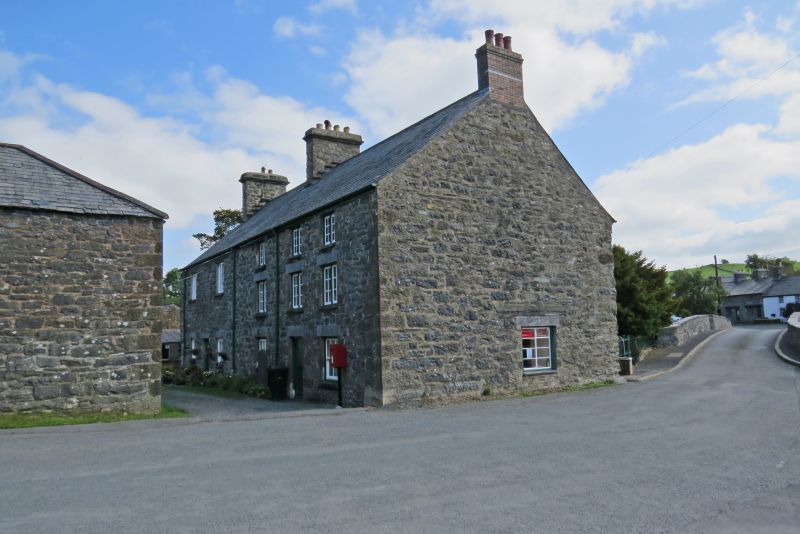 Location: Prominently located in the centre of the village at the W approach to Pont Ysbyty Ifan.

Late C18 or early C19 inn, formerly the `Penrhyn Arms', after Lord Penrhyn of Penrhyn Castle, owner of the estate from 1856. Alterations and improvements appear to have been carried out during the third quarter C19, after Penrhyn's acquisition. These included the addition of the adjoining farmhouse and continuous (re)-roofing with it, together with a substantial rejustification of the rear and S gable end. The building is currently (November 1996) used as offices and for domestic purposes.

This was not inspected at the time of survey (November 1996), though is currently used as office space.

Included for its special historic interest as a late C18 or early C19 village inn in a prominent central position.

Group value with other listed items in the village centre.