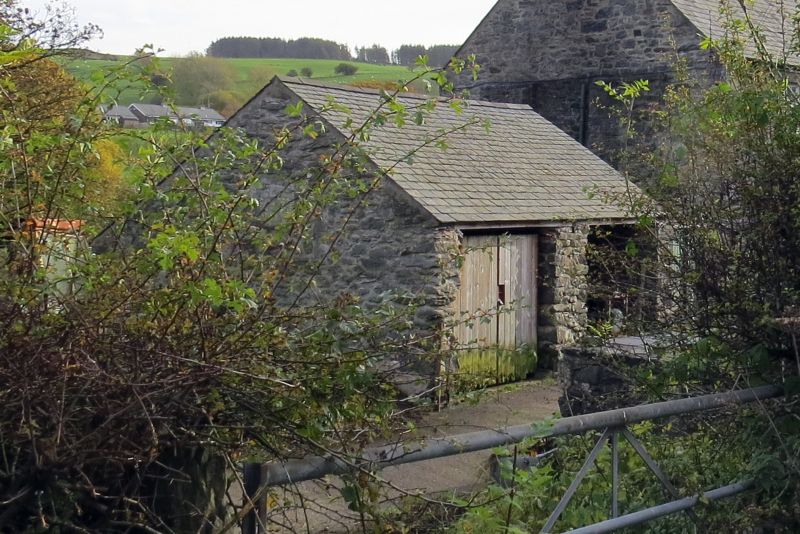 Location: Adjacent to Pen-y-Bont farmhouse to the NE and facing a small farmyard to the W.

Third-quarter C19 cartshed, built as part of the Pen-y-Bont farm, following the purchase of the Eidda estate by Lord Penrhyn in 1856.

Third-quarter C19 cartshed; of rubble construction with medium-pitched slate roof and tiled ridge. 2-bay with large, plain openings to the eaves and a central dividing rubble pier. Catslide addition to the rear at R with recessed boarded door to S face.

Included for group value with other listed items at Pen-y-Bont.