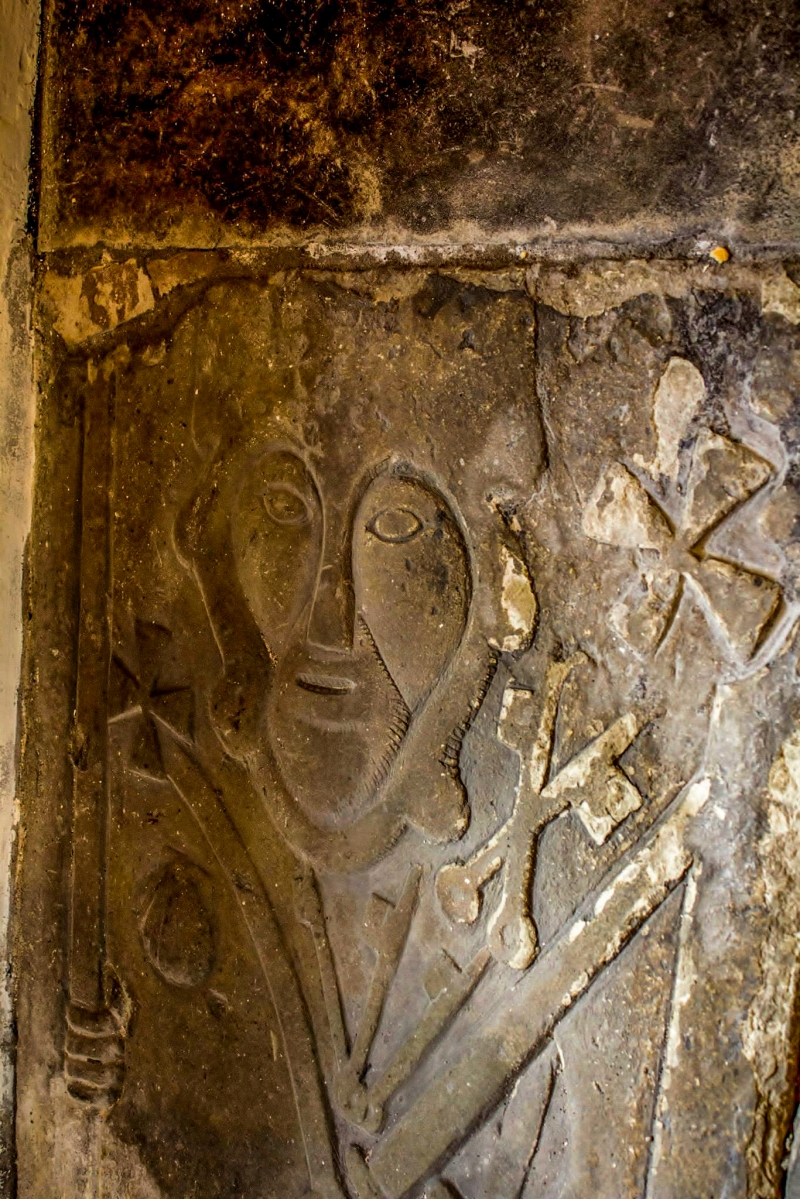 Location: The church stands in its churchyard the centre of the hamlet of Glynogwr, approximately half-way between Blackmill and Gilfach Goch.

The parish church of the parish of Llandyfodwg is believed to have been founded by St Tyfodwg ap Gwilfyw, a Breton disciple of St Illtyd, in the C6 on a pilgrimage route from the E of Wales leading to St Davids. Medieval structure survives in the W tower, and parts of the N nave wall, and was extensively altered or rebuilt by J Pritchard in the 1870's, and the chancel S and E walls rebuilt by G E Halliday in 1893-4 at the behest of Miss Olive Talbot of Margam Castle.

Tower and N wall of uncoursed rubble; the rebuilt S nave wall and chancel are coursed, with limestone dressings. Slate roof. The building comprises a chancel, nave with W tower, and S porch. Two and 3-light trefoil-headed windows to the nave; large moulded S door to the chancel, with a 2-light 'low-side' window and cusped windows, but a well-detailed Perpendicular style 3-light E window. A blocked arch appears on the S side of the nave at the E end. Tall W tower with deep crenellated parapet set out on a corbel table. Depressed headed W door, and 2-light windows with labels. Over the tall slightly chamfered outer arch of the porch is an inscribed sundial of 1769 with an iron gnomon. Built into the external wall are 2 monuments, (a) round topped, to John William of .... Glynogwr, d. 1797, and (b) a second taller slab, illegible but for the date of death 1728.

The walls rendered in the C19. Three sided boarded timber vault. Narrow chancel of 3 bays, all C19 arch-braced trusses with carved square bosses. On the E wall a narrow niche on the left with the nimbed figure of St Tyfodwg holding a pastoral staff and model of the church. The E window has an internal hood mould on male and female corbel heads. Pulpit, octagonal, of carved softwood. Organ, originally a barrel organ, by J W Walker of London, brought from Ystrad Mynach.

Font, by the entrance, octagonal bowl set low on a broached base, probably C14. Bells: three bells of 1720 by Evan Evans of Chepstow, hung in the original frame.

Monuments: (a) Set in the chancel floor, on the S side of the altar, a remarkable boldly carved effigy in relief of a pilgrim carrying his staff and purse, with symbols of his journeys to the Holy Land, to Rome and to Compostella. Possibly C13-14. Tradition claims that he was from the Abbey of Penrhys. (b) Slate tablet with oval plaque to Mary Tudor of Pantyveed, d.1813, husband and his later wife added. On the N wall, (c) Two-part limestone tablet with arched top, having a well lettered inscription to Elizabeth William, d 1723. In the nave, (d) Limestone tablet inset into the E wall, to Evan Richard, d.1693; (e) Monument to Thomas Rees Pritchard of Inisybwt House, Blackmill, d 1918, and (f) A draped urn over a white marble plaque to William Tudor, d 1841.

Listed as a basically medieval church, but included at Grade II* on account of the outstanding monument in the chancel, which is of national importance in Britain to the iconography and understanding of medieval art and universal practice of pilgrimage.