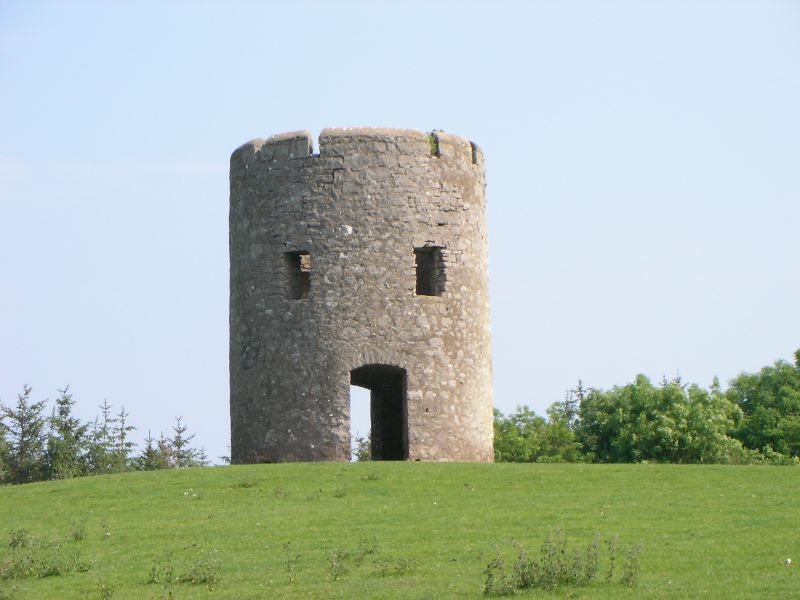 Location: The tower stands on the highest point of the hill, commanding extensive views of the Clwydian Range, the Lancashire coast, and to the W, Snowdonia.

The tower, sometimes called the Eleanor Tower, was probably built by Bamford Hesketh as part of the extensive medievalising works at Gwrych, although woodland has now interrupted the direct view from the castle. It may be a rebuild of an earlier tower, one of the series of watch towers built along the N Welsh coast.

Built of local Carboniferous limestone. A circular tower of walls approximately 1.3m thick, rising from a low battered plinth to approximately 10m, being 3m in diameter and of 2 storeys. Door openings on the N and S, with segmental heads. An offset in the wall carried the upper floor, now missing, which has one fireplace each side, and two square window openings, one each side of each fireplace. Parapet with crenels.

Included as probably part of the picturesque landscape associated with the important medieval revival castle of Gwrych.