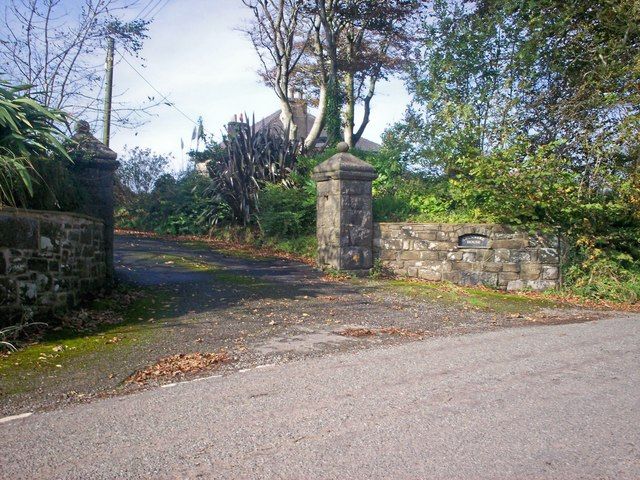 Location: ½ km N of Llanteg. The house is on a corner site with roads to E and S. Roadside hedges, modern gate between stone piers.

An early C19 Rectory in a plain late-Georgian style. with later extensions. The porch and rear extension are pre 1888, in simple Gothic style. It ceased to serve as a Rectory in 1975.

A house with a square plan, entered at the centre of the E side. The S face is symmetrical. The walls are rendered and painted white. The roof is pyramidical with thick slates. Tiled hips. Eaves overhang with plain soffit. Rendered chimneys on the E and W walls. The windows are mostly hornless sashes with thin glazing bars. The upper windows are of 12 panes and the lower ones of 16 panes. A stairs-landing window on the W elevation has 15 panes.
The E front is of two windows. A small later porch has a pointed boarded door to the S with Gothic hinges. The wall thickness behind the porch is thinner, suggesting a lost fanlight. The S front has three windows above and two below, the centre position being blank. To the W is a small extension with casement windows given a pointed appearance by arched glazing bars.

The original layout survives, with a hallway leading to stairs at W.

Listed as a well-proportioned Rectory in late Georgian Style, retaining much of its original character.