Chest tomb in the graveyard of the Church of St Mary Magdalen, Pyle with Kenfig. 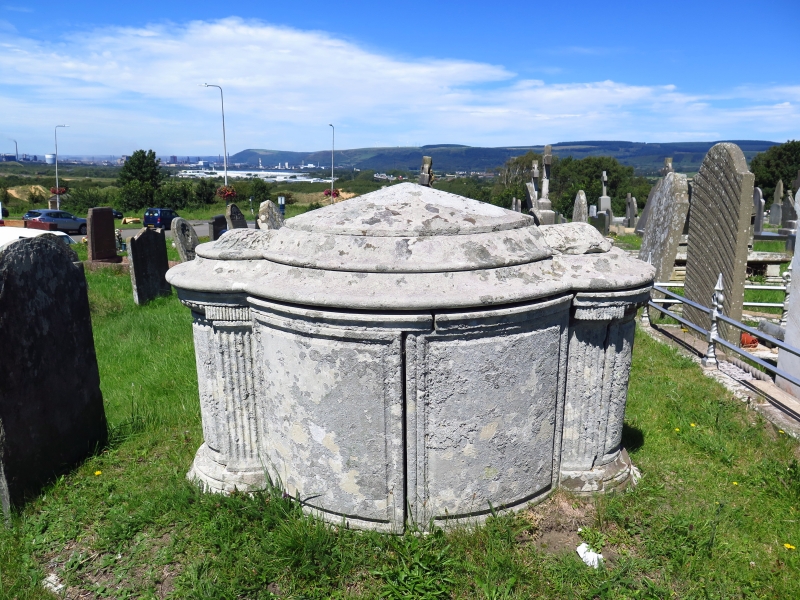 Entry Name: Chest tomb in the graveyard of the Church of St Mary Magdalen, Pyle with Kenfig.

Location: Maudlam hamlet stands on elevated ground NE of the former borough of Kenfig. The tomb stands on the N side of the axial path leading to the W porch of the church, and 5m W of the porch.

The chest tomb is of limestone, oval on plan, with rounded extensions at each end. The convex sides have fielded panelling, and a further panel at each end beyond fluted pilasters at the springing of the extensions. The top has two wide ogee mouldings, and rises to a central peak. Carved acanthus or vine leaves cap the end extensions. Inscriptions lightly cut on the side panels are now almost illegible. The tomb was originally enclosed by iron railings.

Included at Grade II as a churchyard tomb of very unusual and inspired design.