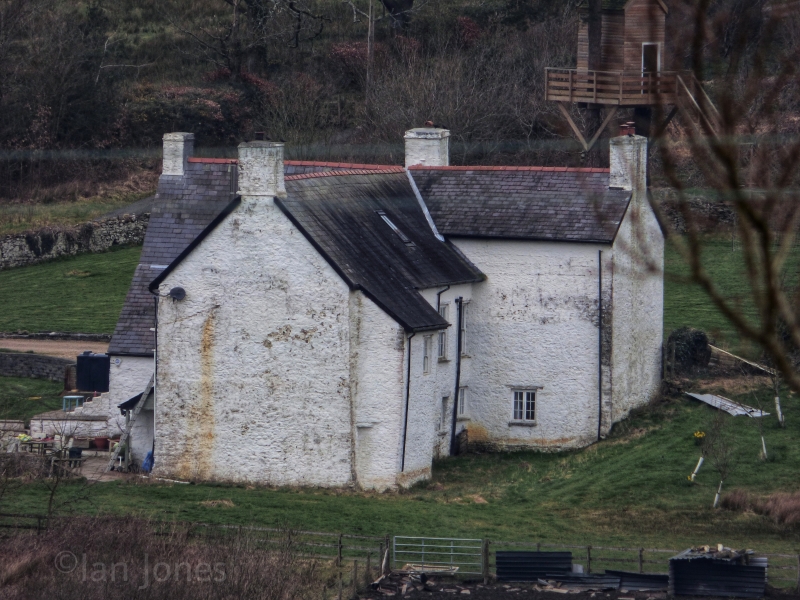 Location: On sloping sight in Loughor valley, 1 mile (1.69km) S of Ty Croes, approached off the minor road along a track which continues past Plas Uchaf.

An important earlier C17 gentry house, home of thePenrys from the C16. Linear three-unit plan with lateral fireplace. Accommodation comprises: on the ground floor, kitchen, store room, and servants' hall; on the first floor parlour, great hall, and bed chamber; and further bed chambers in the attic. The house was extensively altered in the late C17 when the mullion windows were replaced by vertically sliding sashes and the first-floor hall transformed into a fashionable Georgian saloon. Later, probably in the early C19, a crosswing was added to the the NW end. The house has been unoccupied since 1954.