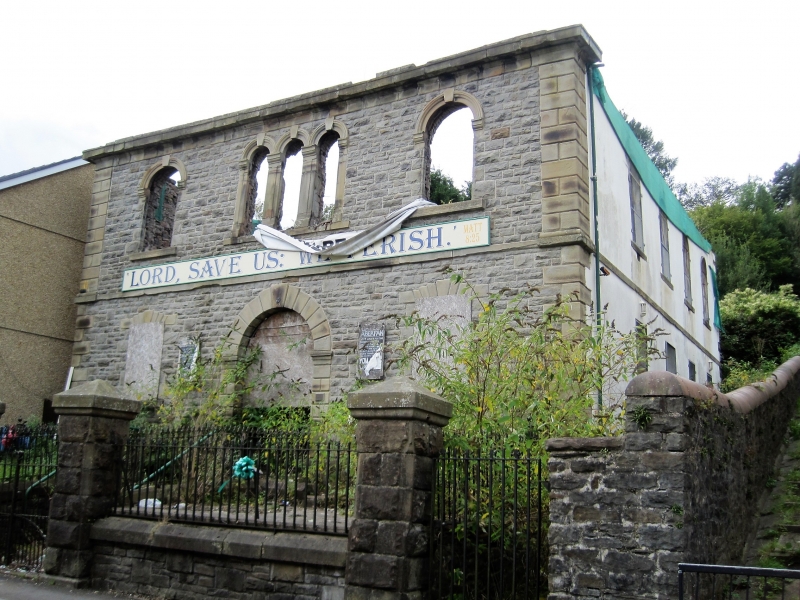 Calvinistic Methodist Chapel, built 1876. Foundation stone laid by Sarah Griffiths, wife of the owner of the Aberfan Estate. Pipe organ installed as memorial to the Aberfan disaster of 1966.

Included for its architectural interest as a well-designed Victorian chapel with unaltered stone facade, prominent in Aberfan, and retaining interior with good gallery.