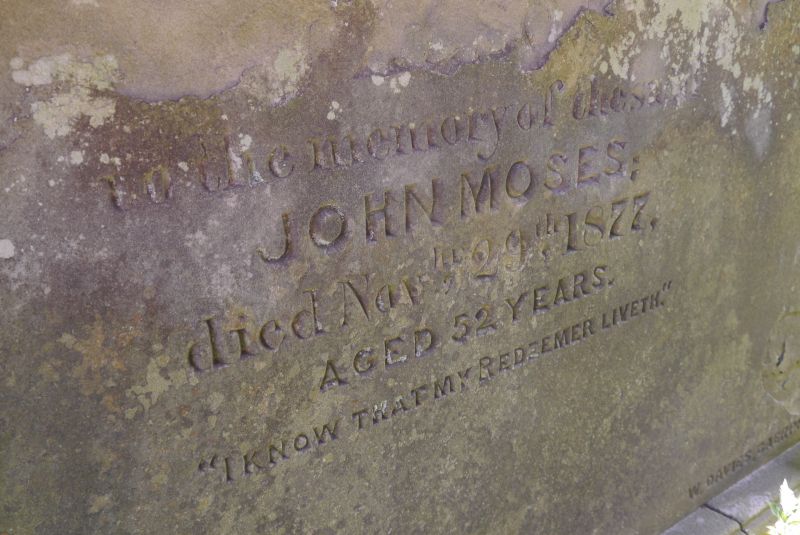 Location: On SE side of the chancel of St James' Church.

Three aligned C19 chest tombs. The tomb on the N side has a moulded base, plain angle pilasters, stone slabs on the short sides and brick to the long sides. A projecting capstone has commemorative engravings to Moses family of Rhydygwern, namely Ann Moses (d. 1844), John Moses (d. 1850) and their grand-daughter Mary-Jane Moses (d. 1871). A later engraving commemorates James Moses (d. 1935).

The S tomb is similar to the central tomb, with the same moulded base and angle pilasters, and a projecting capstone with shallow saddleback coping. On the N side is an engraving to William Moses (d. 1855 aged 6 months) and his mother Selina Moses (d. 1869). On the short E face is an added inscription to Martha, daughter of Selina Moses (d. 1871) and a similar inscription in W face to David, son of Selina (d. 1881).

Included for group value with the church of St James and other associated listed items.