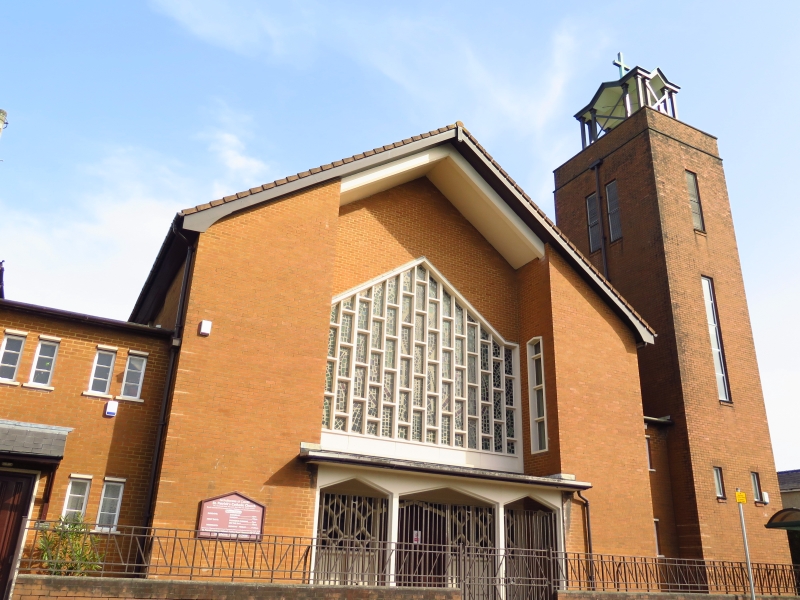 Built 1962-63 by F.R.Bates, Son & Price of Newport, architects; interior decoration by Jonah Jones. The firm of architects specialised in Catholic churches across South Wales, the majority of which are in a Modern idiom: St Patrick's is, unusually, in a simplified Gothic style. The previous church, built in 1909 to serve workers at Lysaght's Iron and Steel Works was of corrugated iron. The use of warm red brick and a large corner tower is an unusual and deliberate attempt to introduce a prominent landmark to the Docks area, and is clearly influenced by the architecture of later C19 urban churches and chapels.

Listed as a well-designed later C20 Roman Catholic Church by a well-established firm of architects, with its character and detail intact. While using modern materials such as reinforced concrete, the church is extremely unusual in being designed and detailed in a traditional manner, in harmony with, yet dominating the surrounding later C19 townscape.