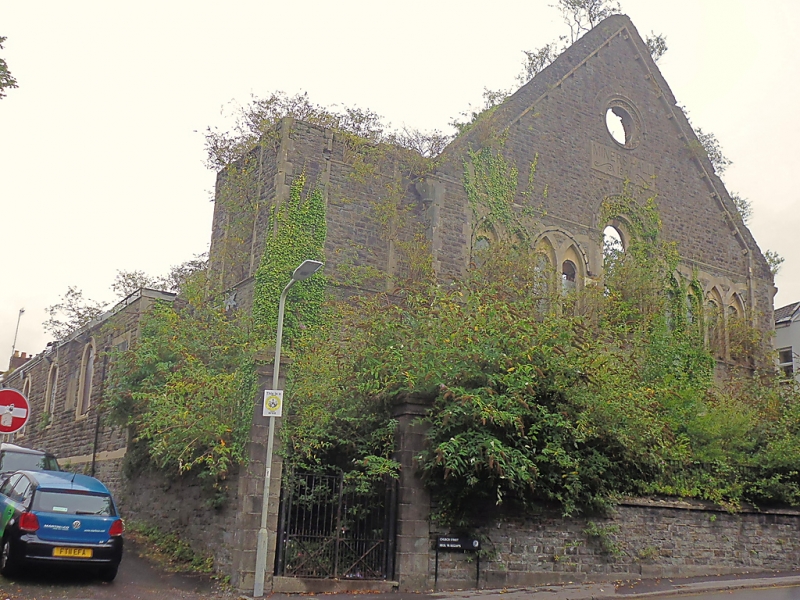 Location: Prominently sited on the way to Thomastown from High Street.

Originally built ca 1855 as Shiloh Welsh Wesleyan Chapel. Probably designed by I K Brunel, engineer to Vale of Neath Railway Company who erected the new chapel when the railway station was built on the earlier site. Corner town cut down and building lengthened in 1921 when converted to Miners’ Hall. Recently (Spring 1987) converted to club use.