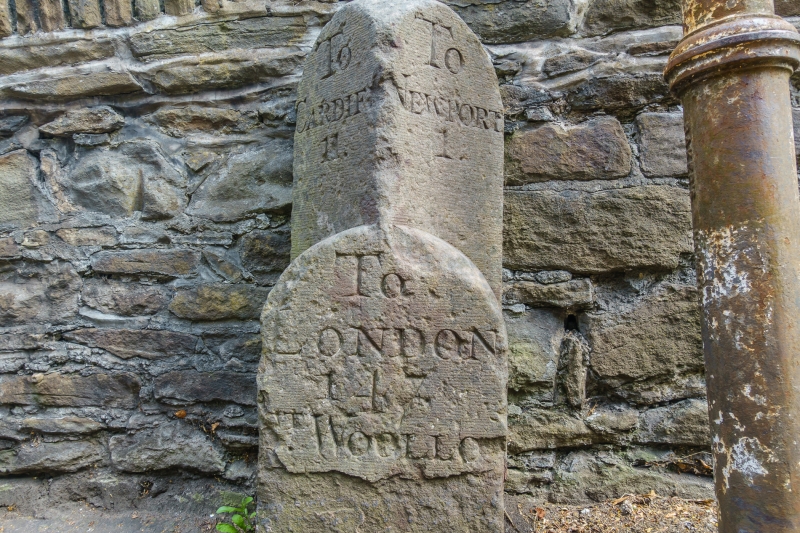 The Newport District Turnpike Trust was established by an Act of Parliament in 1811 for the construction and operation of several Turnpike Roads within the district of Newport. This milestone was erected on the road from Newport to Cardiff and dates from the early C19 development of the Turnpike Road. The line of the road is shown as ‘tramroad’ on a 1835 map, running for part of its length alongside the Sirhowy Tramroad, later the railway, which had been constructed 1802-5. The road is shown as ‘Cardiff Road’ on the 1845 Tithe map and the milestone is shown on the 1st ed OS map of 1887. The milestone dates from 1835-45. The 1st ed map also shows other milestones located at regular mile points along the road between Newport and Cardiff. Cardiff Road became the A48 before a replacement A48 was constructed south of the city centre, at this point it was renamed the B4237.

Included for its special historic interest as a well preserved early milestone, one of the few, possibly the only surviving milestone of the Newport District Turnpike Trust.