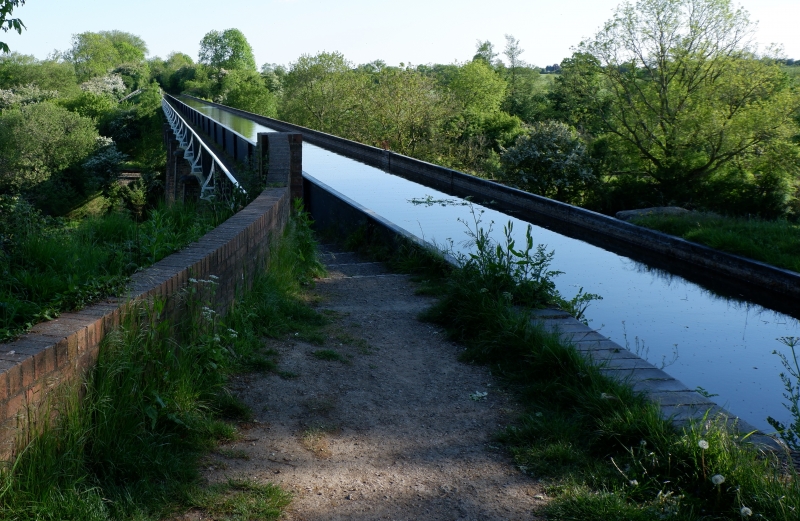 Aqueduct. c1812-1816, with late C19 alterations and repairs. English bond grey brick piers, and regular coursed stone and brick abutments; some late C19 engineering brick. Wrought-iron girders and cast-iron trough and railings. Fourteen tapering piers, with narrow sides refaced in engineering brick. Abutments partly of engineering brick. Two openwork girders to each span. Trough has tow path at base rather than water level. Railing to tow path side only. Carries the Stratford on Avon canal, constructed between 1812-1816. Part of the aqueduct lies in Wooton Wawen parish.

The asset was previously listed twice also under the parish of Wootton Warren as List entry 1382215. This entry was removed from the List on 15/06/18.