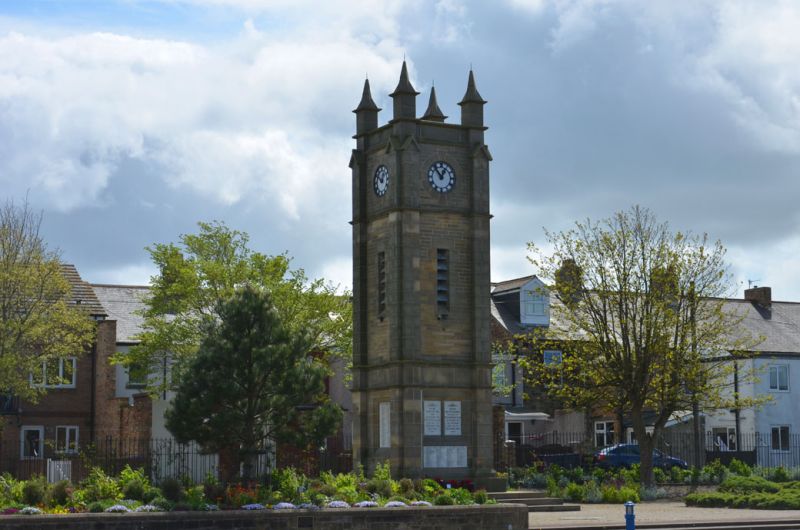 Civil Parish: Amble by the Sea

Slender square three-stage tower. Three-stepped base carries tower with angle pilasters, stepped-and-chamfered plinth and moulded strings. Dwarf rails with knob-topped twist standards and twist rails link front faces of pilasters. Lower stage: north face has twin panels in recessed chamfered surrounds, 'TO THE GLORY OF GOD AND IN MEMORY OF THE MEN OF AMBLE WHO FELL IN THE GREAT WAR 1914-1918' and 'THE SITE FOR THIS MEMORIAL WAS GIVEN BY E.M. LAWSON-SMITH ESQ IN MEMORY OF HIS TWO SONS WHO FELL IN THE GREAT WAR', with inserted World War II plaque below; side faces have panels with names of fallen; boarded door to rear.