Engine House to Former Lead Mine 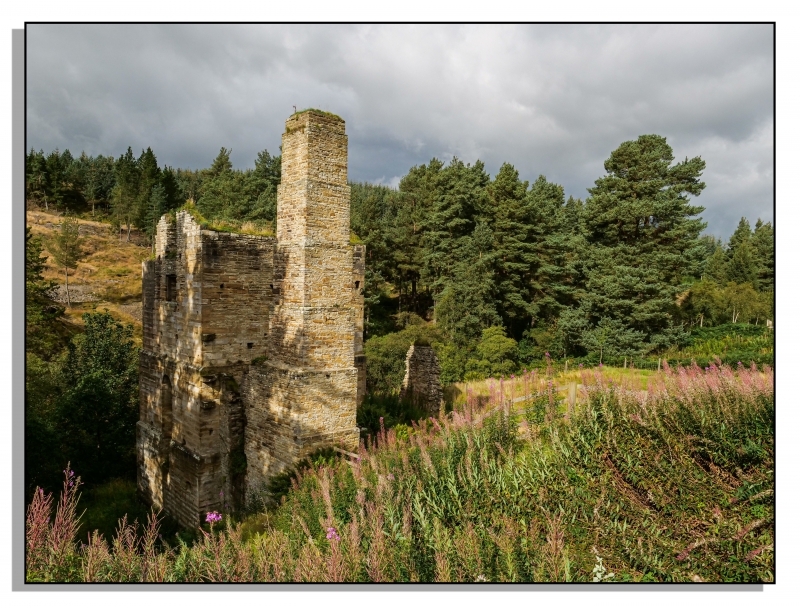 Engine house of Cornish type, early C19. South face tooled-and-margined stone,
remainder coursed rubble with tooled-and-margined quoins and dressings. Tower-
like square structure of 3 stages divided by chamfered set-backs. South face
has tall round-headed arch and remains of larger opening with later blocking
above. Several square-headed openings on west, square-headed doorway on west
and window in gable. Attached building on east largely fallen except for tall
square chimney, a stepped 6-stage stack.
The engine,pumping water from Shildon lead mine is known to have been working
by 1840; later in the C19 it became disused and the engine house was modified
to house several families. Now locally known as 'Shildon Castle'.