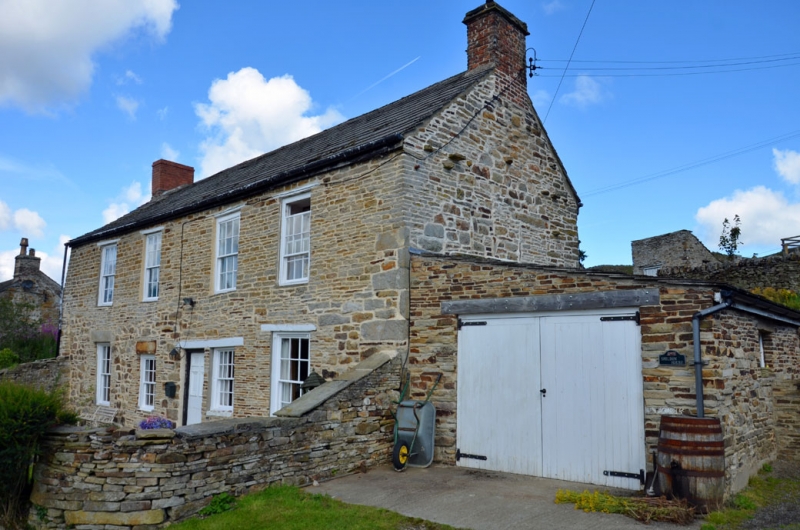 House, C17 or earlier remodelled in early C19. Coursed rubble with some areas
of very large stones; C20 grey tile roof. 2 storeys, 4 bays, slightly irregular.
Central renewed door sharing timber lintel with 16-pane sash on right; other
windows 12-pane sashes mostly with timber lintels. End stacks, the left rebuilt
on older brick base, the right C18 brick, with cornice. Both returns show evidence
of former attached houses. Outshut to rear.
The western two bays have walls 0.9 metre thick and may have been part of a bastle;
in the C19 the enlarged house was the mine manager's residence. Shildon House,
Cottage (q.v.) and the later keeper's house survive from what was a considerable
mining settlement in the C19. Shildon Mines were worked as early as the C15.