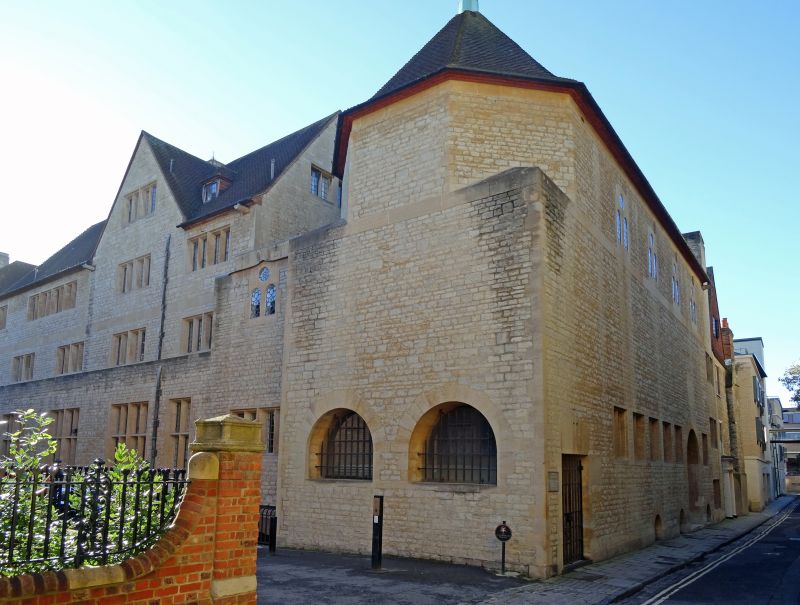 Also known as: Micklen Hall (including chapel), BREWER STREET
Private Hall. Late C16/early C17 with later alterations and wing of 1934-6. Built to designs of Sir Edwin Lutyens in 1934-6 and incorporating, on the West, part of a C17 house, once known as Micklen Hall. 3-storeyed Clipsham Ashlar on a semi-basement, and including a chapel. The west range on the North retains most of a 3-storeyed plastered rubble house with a modern tile-hung gable in which is an attic. On the north-west is a projecting stone stack with a modern brick shaft. The west side is cement-faced. Modern sash windows. There is a C18 Doric-style doorway with engaged columns. Interior:- See RCHM p176. a. Includes C18 panelling, fireplace and plaster frieze. The modern buildings (dated 1935) are of coursed rubble, part rendered with a red tile roof and stone stacks 3 storeys and attic. 2:3 and 4 light mullioned windows with leaded lattices. Gabled. South-west extension built 1957-8.