A Grade I Listed Building in Hemington, Somerset

St Mary: inscription from the memorial to Warwick Bampfield of Hardington, d.1694 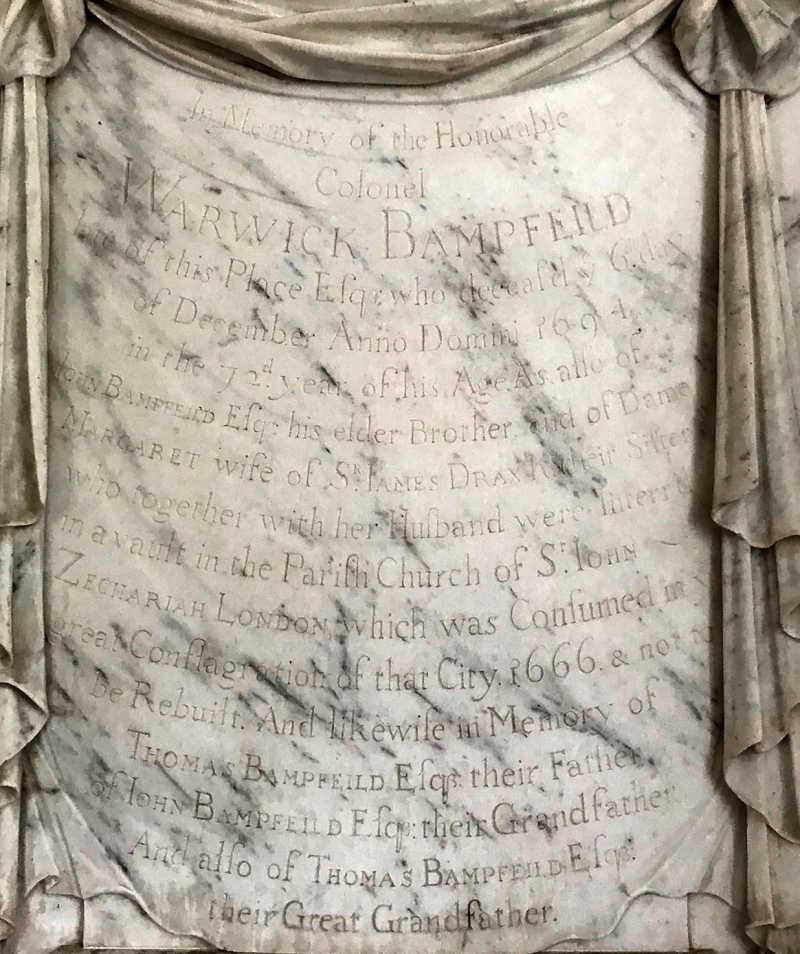 In memory of the honourable Colonel Warwick Bampfield, late of this place, esq; who deceased Dec. 6, 1694, aged 72. As also of John Bampfield, esq; his elder brother and of Dame Margaret, wife of Sir James Drax, their sister; who, together with her husband, were interred in a vault in the parish church of St. John Zechariah, London, which was consumed in the great conflagration of that city 1666 and not rebuilt. And likewise in memory of Thomas Bampfield, esq. their grandfather; and also of Thomas Bampfield, esq, their great-grandfather.