A Grade I Listed Building in Ludborough, Lincolnshire 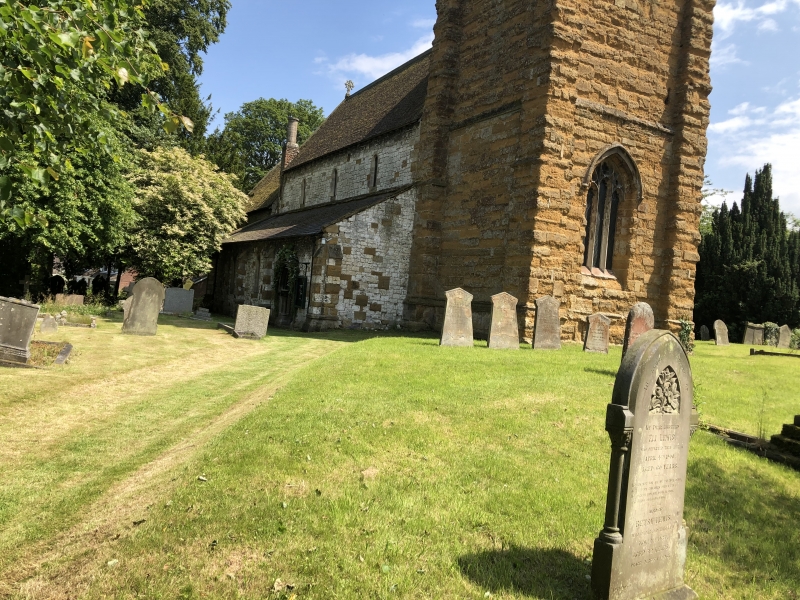 Parish church. C13, C14, C15, 1858 restoration by James Fowler
of Louth. Squared ironstone and chalk rubble, limestone
dressings, slate and tiled roofs. Western tower, nave with
clerestory, aisles, chancel. The tall C15 3 stage ironstone
tower has clasping buttresses, plinth, 2 string courses and
embattled parapet. 3 light west window has cusped heads to the
lights, concave moulded surround and hood. The middle stage has
small quatrefoil lights. Paired trefoil headed belfry lights in
the 4 directions. The C19 south aisle is in chalk with slate
roof, and has a doorway in Early English style and 2 lancets to
the north side and a similar window in the east end. The nave is
in chalk with tiled roof and the clerestorey consists of 3 C19
round headed windows. In the north wall of the chancel is a C13
doorway with double chamfered reveals, moulded imposts with
ammonite stops richly moulded head and hqod with circular
decorated labels. Otherwise the north wall has a C13 plinth and
cill band with 3 lancets. The east wall has 2 lancets with
moulded hoods having beast and ammonite labels with above a C19
quatrefoil light. There is a stepped median buttress with dog
tooth moulding beneath the coping. The south wall of the chancel
has 3 C14 2 light windows recut C19 and a C14 small 2 light
window with ogee heads to the lights set low down in the wall.
The east window of the south aisle is C15 of 2 lights with square
head and hood. The south aisle is rendered and has 2 C15 3 light
windows with trefoil heads to the lights set in cambered concave
chamfered surrounds. The south doorway is lake C14 with
continuous concave chamfered and moulded surround. The
clerestory matches that to the north. In the west wall of the
aisle is a C20 standard wooden fixed light. Interior. The 3
bay arcades are early C13, have quatrefoil keeled shafts, square
abacii and double chamfered arches, unusually in chalk. Those on
the north having floriate label stops. The tower arch is C15,
with octagonal responds and capitals, single chamfered arch and
continuous chamfered surround. The chancel arch is C13 with
octagonal responds, double chamfered arch with hood and ammonite
label stops. In the chancel is a C13 double piscina with trefoil
and pointed heads. In the north wall is a round headed aumbry.
On the sill of the westernmost window on the north side of the
chancel is a C13 curvilinear floral painted design in red and
black paint. Stained glass in chancel south window is dated
1910. The C15 font has a plain octagonal bowl on a pedestal.