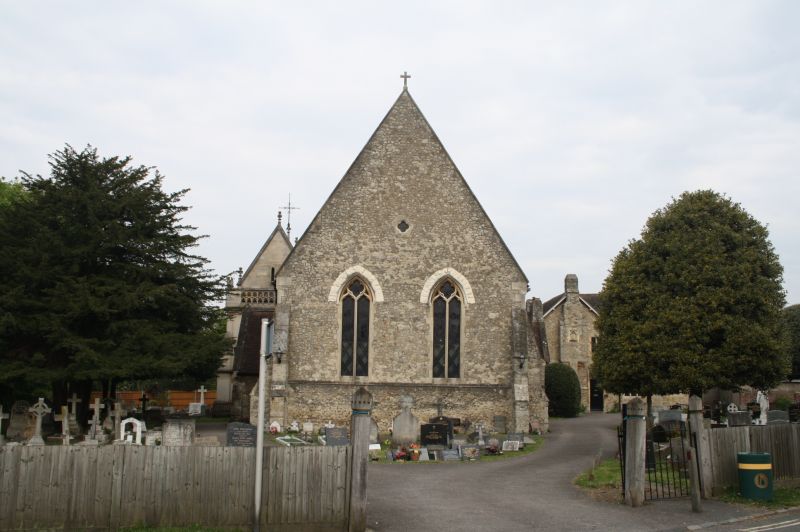 2.
Plain Gothic building erected in 1854. The Emperor Napoleon III's body was
placed in the Sacristy on the 15 January 1873. The Empress Eugenie, in
1874 added to the building a Mortuary Chapel in French Gothic style to
contain the Emperor's sarcophagus. The body of the Prince Imperial was
brought back here on the 12 July 1879, but both the Emperor's sarcophagus
and the Prince's coffin were removed by the Empress to Farnborough, Hants.,
in 1889. There is a memorial to the Prince Imperial on the East wall of
the church erected by Monsignor Goddard his friend and tutor on the spot
where the Prince's coffin rested from 1879-89.