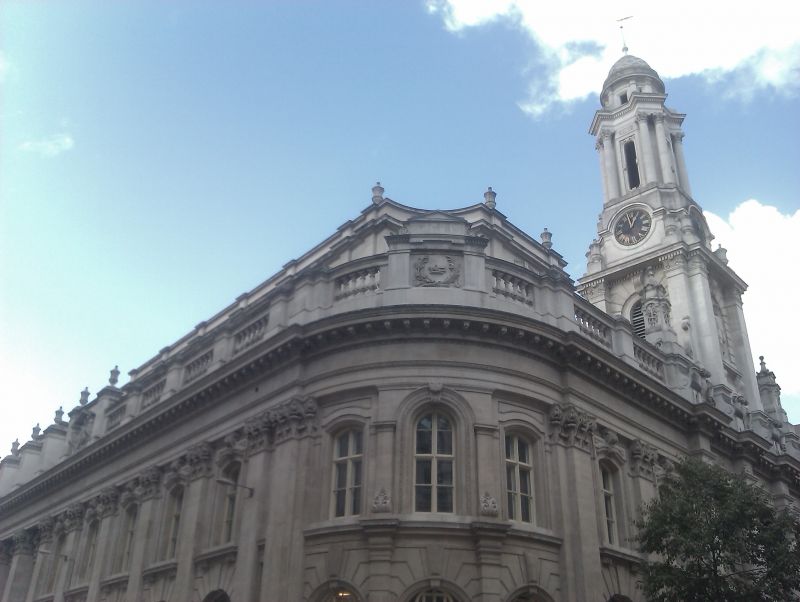 I
1841 to 1844, by Sir William Tite. Building of two main storeys round arcaded courtyard, formerly open. Rich, heavy classical style in Portland stone. Eight columned portico to west with figure sculpture in tympanum of pediment and three arched openings behind with barrel vaults above. Side elevations pilastered, with arcades incorporating shops below a mezzanine and upper windows with shaped heads. Three central bays have richer carving and single, recessed entrance. Two statues to north elevation. Attic storey behind modelled parapet and balustrade. Pairs of chimney stacks connected by arches. Curved corners at rear and central portico of four engaged columns. Pilastered tower above with large statue of Sir Thomas Evesham, pair of consoles and two flanking turrets, topped by urns and lantern with pairs of columns set diagonally and crowning cupola.

The design of the building perpetuates the general form of its predecessors of 1566 and 1667-69. Listed grade I as the symbolic centre of the commercial life of the City as much as for its architectural quality.