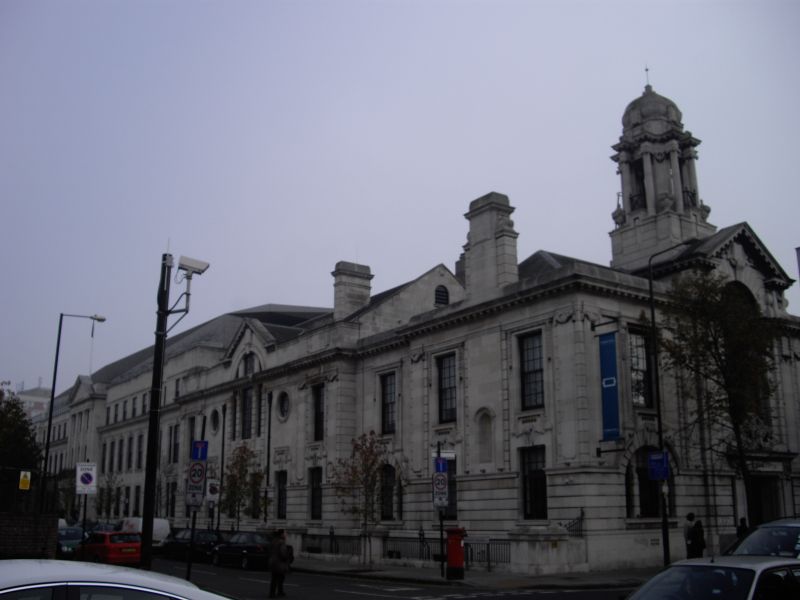 EXTERIOR: two storeys above basement. Edwardian part consists of a three bay west facade with cupola over arched recess above entrance, with sculptural group of Charity by Henry Poole over the door and banded rustication to ground floor. Nine bay north facade with sculpture of justice by Henry Poole under Diocletion window and pediment. Tall windows within enriched frames to first floor. Inter-war extension to east continues the earlier buildings cornice level but has an attic storey above. It consists of a three storey 19-bay front with a central three bay pedimented centre, with floral panels at second floor level of the centrepiece with relief of the Blind Beggar of Bethnal Green upon the balcony over the entrance.

INTERIOR: extensive original features remain. The Edwardian town hall has an entrance, stairwell and first floor landing with veined marble floors, lining to walls and balusters to stairs and lit by a glazed dome; armorial glass to the stairwell. Two Committee Rooms and the former Mayor's Parlour along the Cambridge Heath Road elevation, lined with Austrian oak panelling. Former Council Chamber opposite stairs: stage and former public gallery have been enclosed for office use. Plaster figures by Henry Poole depicting Truth and Happiness on west wall and Industry and Temperance on the east (presently hidden from sight).