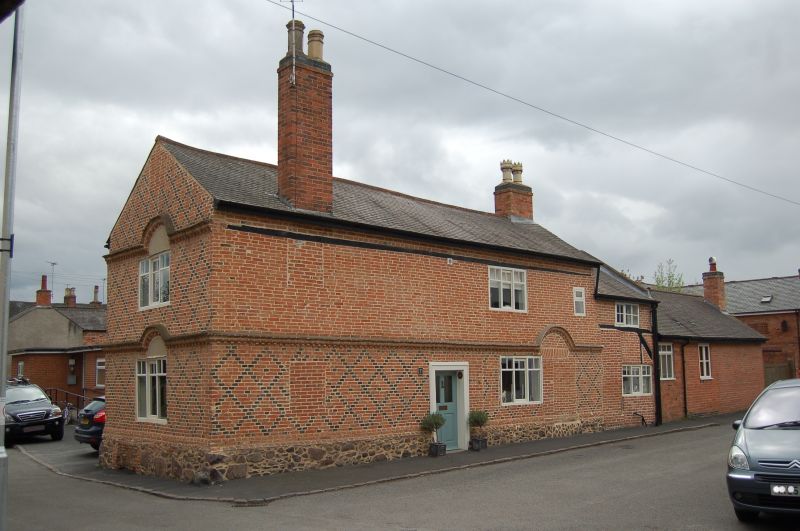 North east aspect. The moulded brick arch on this side has 15 blocks, and below it, the flat segmented brick arch of an original dorway. There are two blocked windows to the left, in line with a chimney stack, so assume they were blocked for the flues. A timber wall-plate on top of the upper window line has courses of fatter bricks above it - the building has been heightened. The chimney stacks also have this larger brick size. (Photo May 2013).