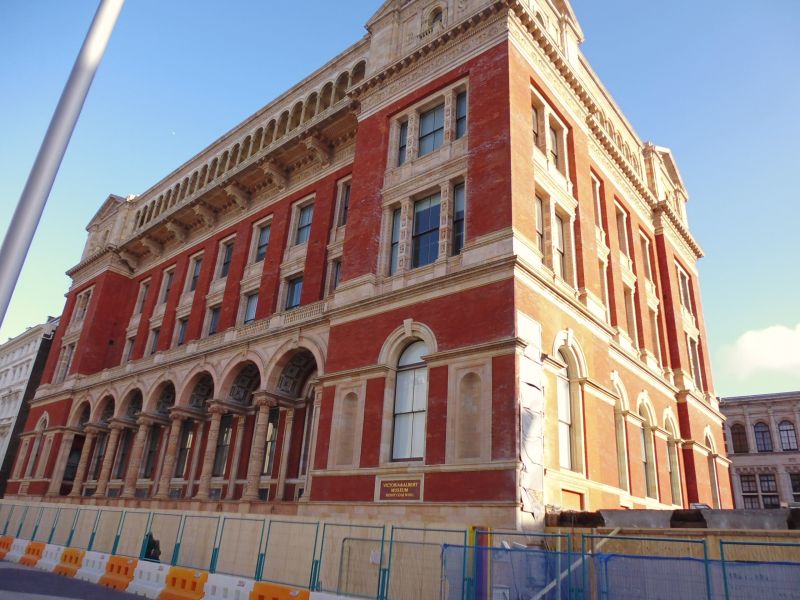 Museum, formerly college. 1868-73. Built Lt Col H D Y Scott RE. Renaissance style.
Ornaments in Minton Majolica. Built in red brick and buff terra-cotta. Four storeys;
10 main bays. Projecting wings either end with crowning pedimented pavilions above
cornice, joined by gallery with balustraded arcade of 21 bays and supported by moulded
terra-cotta consoles. Ground floor also has arcade on much bigger scale with 7 bays.
First and second floors are plainer but the 9 square-headed windows have enriched
surrounds with much carving. This building was planned by Captain Fowke but carried
out after his death by Scott.