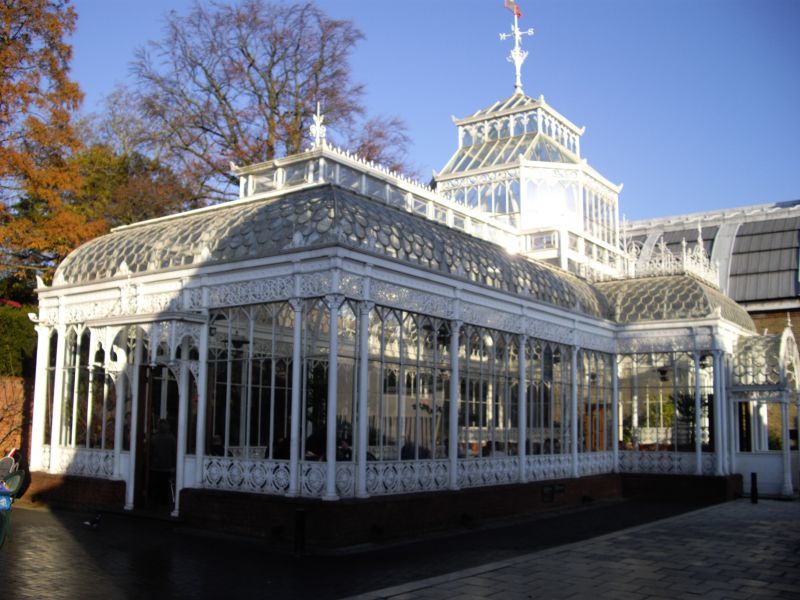 Conservatory. Built 1894 for Frederick Horniman. Cast-iron and glass: decorative ironwork by Macfarlane and Company of Saracen Foundry, Glasgow. Cruciform plan. Doorways set in centre of two end walls and in transept ends; decorative porch with semicircular arched doorway to south transept. Walls framed by Corinthian columns with lower band and rosette panels and foliate frieze with tendrils; fish-scale roof frame, with acroteria to corners of upper roofs and antefixae and finials to lower roofs; octagonal lantern to central crossing, surmounted by pyramidal roof and weathervane. Interior: rope-twist columns with foliate spandrels to central dome. Moved from its original site at the Horniman home, Combe Cliffe, to its present site next to the Horniman Museum in 1988. A fine example of a Victorian cast-iron conservatory.

N.B. This building was previously listed in the 29 TH list of buildings of special architectural or historic interest in the London Borough of Croydon.