A Grade I Listed Building in Leominster, County of Herefordshire 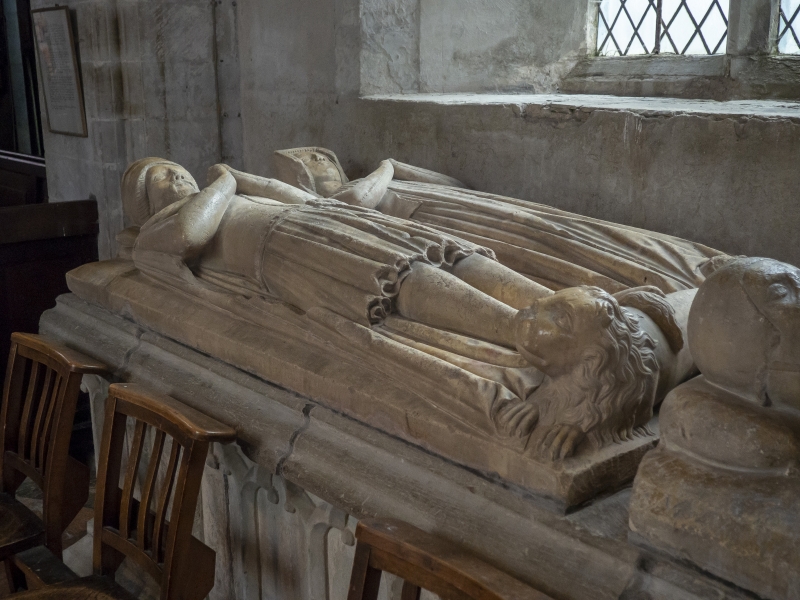 Chancel: north side with late C14 window with two-centred head, one cinquefoiled and two trefoil headed lights, to right of late C19 vestry. South side of chancel has a three-light window similar to that on the north side to the left of a mid-C13 window of two trefoil-headed lights and pierced quatrefoil. The early C14 east window is of four trefoiled lights with reticulated tracery.

INTERIOR: trussed-rafter roof to nave and transepts with moulded wall plate; one tie beam toward the east has cusped braces below; moulded wall plates to the pent roofs of the aisles. Six-bay north and south arcades with two-centred arches of two moulded orders. Octagonal piers with moulded capitals and bases. Square-headed upper doorway in the south-east angle of the nave formerly leading to the rood loft and supported on corbelling below sill with cinquefoiled decoration. In the east wall of the south transept is an ogee-headed doorway with chamfered jambs, giving access to the rood stair. Early all two-centred chancel arch of two moulded orders, outer continuous, inner springing from triple shafted corbels. The chancel retains traces of the earlier building in the south wall; blocked C13 arch which has a semi-circular shaft to respond with stiff-leaf capital.

Fittings: C13 font with square stem with attached semicircular responds giving bowl of similar shape. C17 pulpit, octagonal with robust carvings to panelled sides in two layers; blank arcading and dragons. C17 communion rail with splat balusters and moulded rail. The lectern is partially reconstructed but contains a C17 panel in a robust style similar to that of the pulpit.

There are traces of wall paintings in the south transept; circles on a red ground. There are also traces of the Lord's Prayer on the south wall of the south aisle, probably C18.