Tower About 10 Metres East of Church of St Bartholomew

A Grade I Listed Building in Richards Castle (Hereford), County of Herefordshire 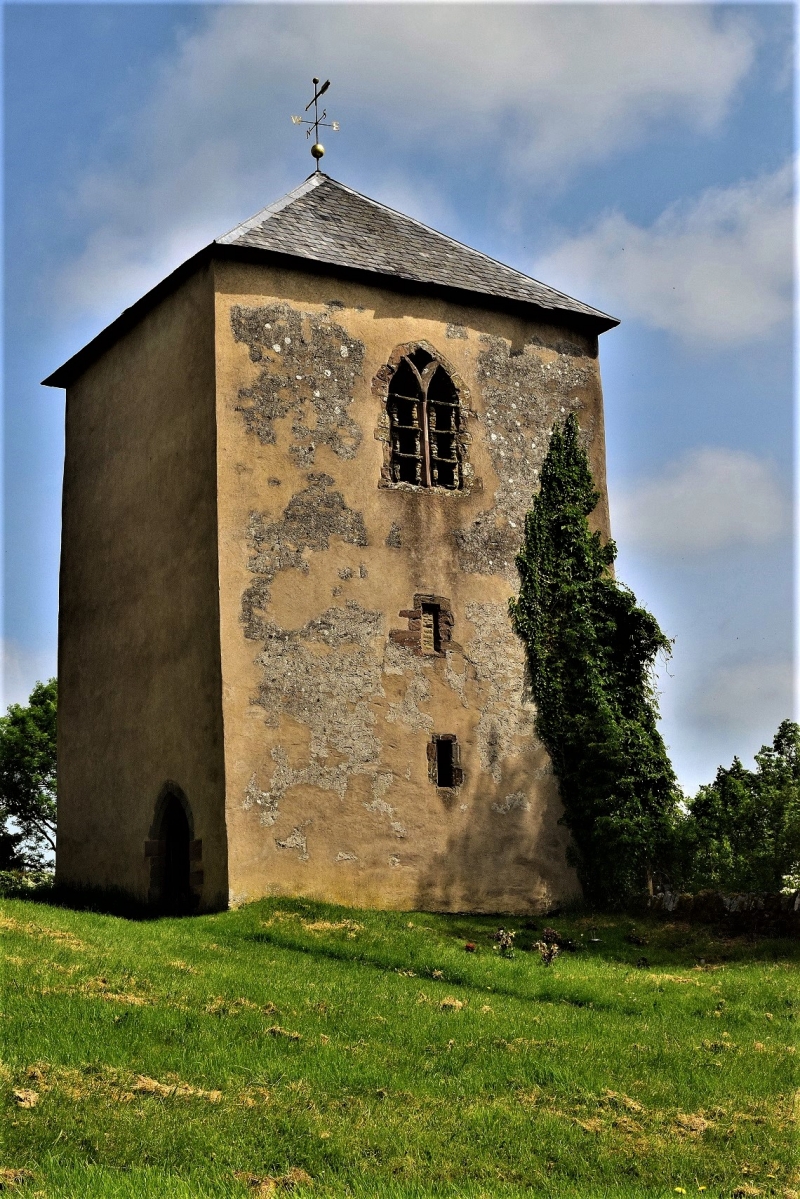 Detached tower. C14 with some late C19 restoration. Random rubble with
some ashlar dressings and pyramidal slate roof of shallow pitch. Square plan
with a stepped buttress to south-east angle. Three stages, belfry has a
window of two pointed lights under a two-centred head on east, north and
south faces. First stage has single-light square-headed window on east
and south walls, the latter blocked. Ground stage has similar. square-
headed windows in east and south walls. Entrance in west wall has a
restored two-centred arch with chamfered jambs. Roof capped by a weathervane
with cardinal points marked, and a globe on the base. (RCHM, 3, p 172: BoE,
p 275).