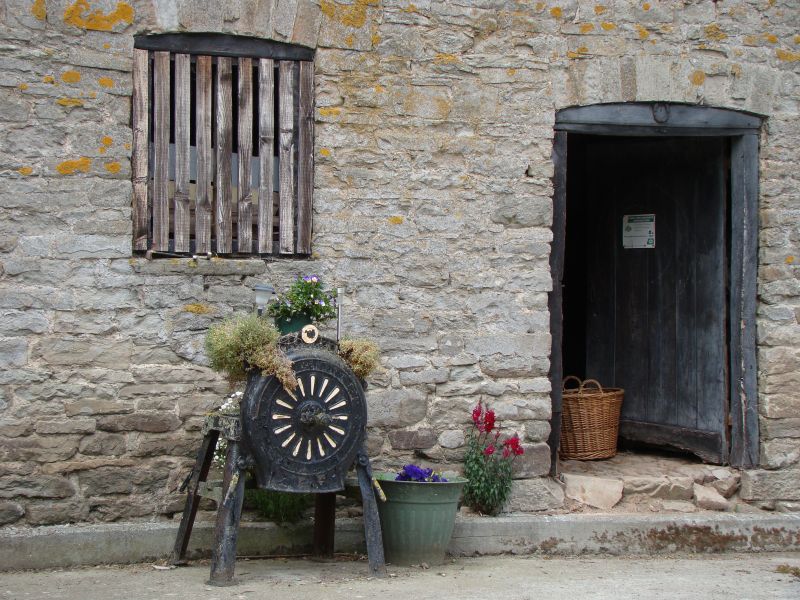 BRILLEY CP -
SO 25 SE
2/5 Barn and stable about
10 yards north-west of
Fernhall Farmhouse and
adjoining cowhouse
GV lI
Barn and stable. Probably C18. Timber-framed and weatherboarded on a
tall rubble base with some rubble walling and stone-tiled roof laid in
diminishing courses. Probably six bays aligned north-west/south-east;
wagon bay with opposed cart entries and double doors situated in third bay
from south-east end. Stable occupies south-east end bay and there is a 2-
light ground floor window, a loft window and a door, all with cambered heads,
at the gable end. Lean-to outshut adjoins south-west side of south-east end
bay. Interior not accessible at time of survey (July 1986). The building is
situated close to Fernhall Farmhouse (qv) and is included for group value.