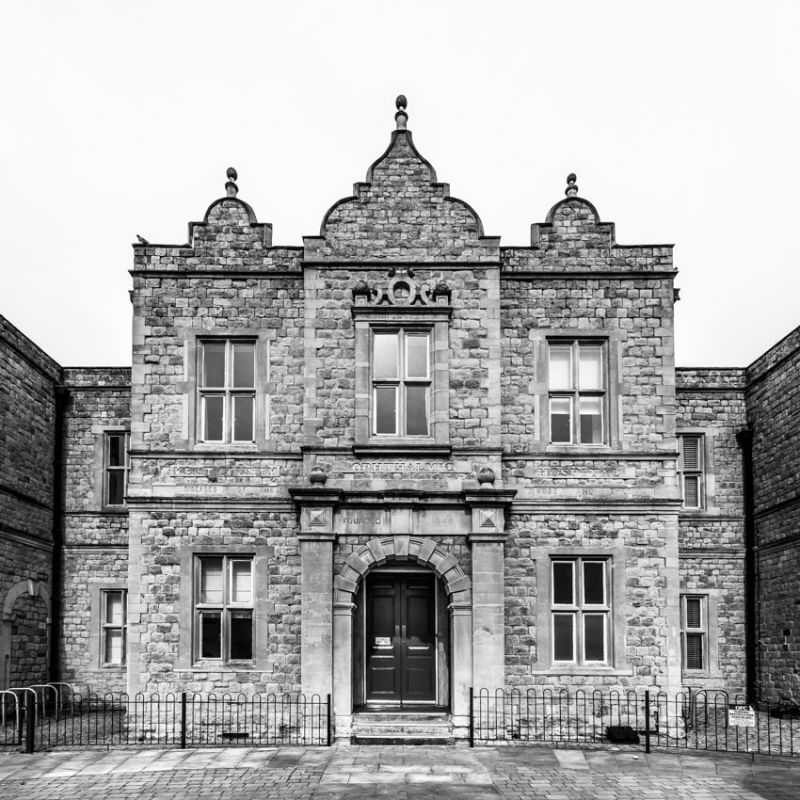 2.
Dated 1846. Architect John Whichcord. 2 storeys, built of Kentish ragstone
ashlar. It consists of a central portion of 2 storeys 3 bays with blank curved
gables flanked by portions of 1 bay. These are in turn flanked by projecting
portions of 1 bay with curved gable. The left side has a further addition
of 4 bays with a gable on the side. Long and short quoins. Windows are mulliond
and transomed casements. Central doorcase set in a round-headed arch with
stone voussoirs and pilasters.