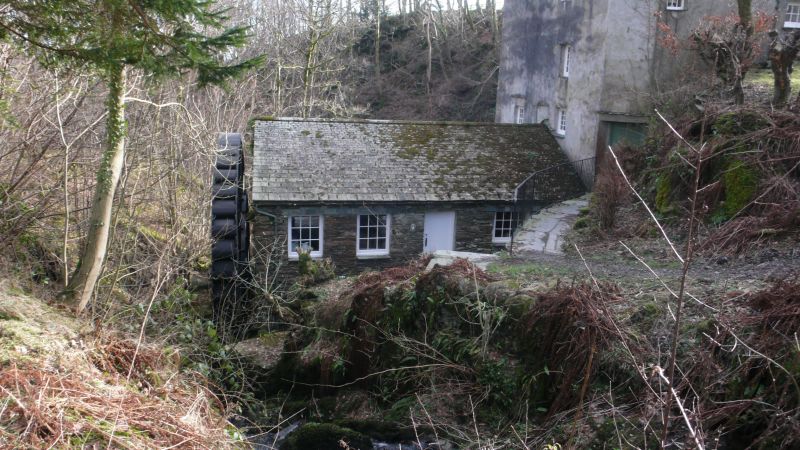 Church of England Parish: Hawkshead St Michael and All Angels

Flax mill, converted to bobbin making, now house. 1786. Stone rubble with some
roughcast; slate roofs. Building sited on south side of ravine, therefore of
one storey to south and 4 storeys to north; one-storey gabled wing to north has
waterwheel to gable end. Lean-to outshuts to east, partially obscured by
trees. South gable end has entrance and small casement, with projecting single
pitch wing to right, with end stack and window with small-paned fixed glazing.
West elevation has small-paned casements and entrance to low wing. North gable
end is roughcast, with small-paned pivoted casements to windows. Gable end of
wing has 9m diameter cast iron and wrought iron waterwheel. East side has some
pivoted casements. Gable end stack and stack in roof slope. Interior has line
shafting to wing.