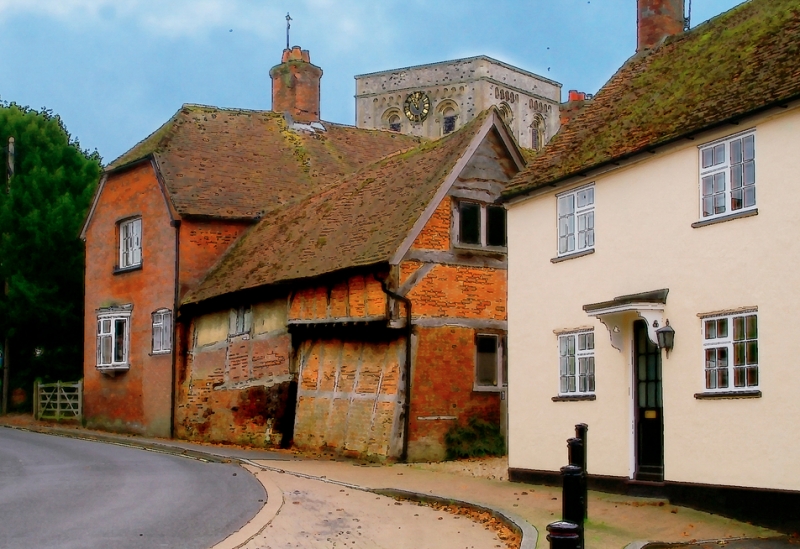 C16, C17, mid C19. Formerly the Falcon Inn; a timber-framed house with lower wings to the rear at each end, with recladding of the main block at the last period. Two storeys, regular east elevation of 4 windows. Tile roof, hipped at the south and south-west, half-hipped at the north, gabled north wing, catslide at the rear. Red brick walling in Flemish bond; the north wing (prominent alongside Newbury Road) has bricknogged timber-framing, with a jetty to the end part (barn or malthouse), roughcast on the south side. Victorian 3-light sashes to the east front, otherwise casements. Glazed front door. The rear (west) courtyard exhibits the earlier character of the building.