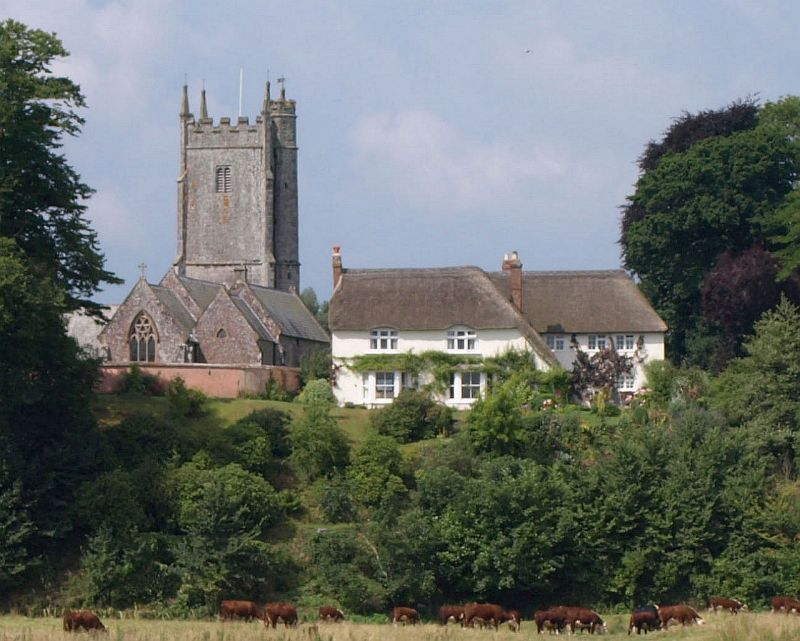 BRAMPFORD SPEKE
SX 99 NW
3/18 The Cottage
18.11.76
GV II
House. C17 core, much enlarged and altered in C18 and early C19. Cob, rendered,
under thatched, gabled-end roof. 2 blocks: an C18 or early C19 block facing east
lies attached and parallel to an older block facing west. The latter has a large
external lateral stack, and remains of a dismantled left-hand end stack. 1 3-light
window at ground floor to left of door, two 3-light, and one 2-light above. The
near front of 2 bays, with 2 mid-C19 canted bays with slated roofs at ground floor
level, below two C20 3-light casement windows under eyebrow eaves, with scratch-
moulded architraves, supported on small moulded brackets. 2 end stacks. The
south-west angle of this block has a small timber blind arcade with Tuscan
pilasters, which forms a frame to a back door. Seen from the Exe, The Cottage
(formerly known as Tower Lodge) - with the parish church and associated walling,
forms a highly attractive group.