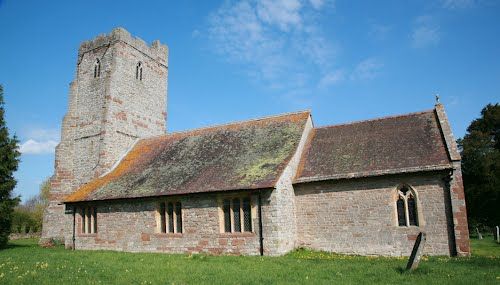 Interior: tall pointed tower arch chamfered in two orders. Four bay arcade has pointed arches chamfered in two orders springing from octagonal piers with ill-fitting re-cut capitals. To the west is a fifth, added, bay which has a pointed arch with plain soffit. The nave and chancel have C19 collar-rafter roofs with soulaces to the collars. The chancel roof is lower and there is no chancel arch.

The font is Norman and of cauldron shape with two rows of cable ornament. The wooden pulpit is C17. The east window contains mid C19 glass.