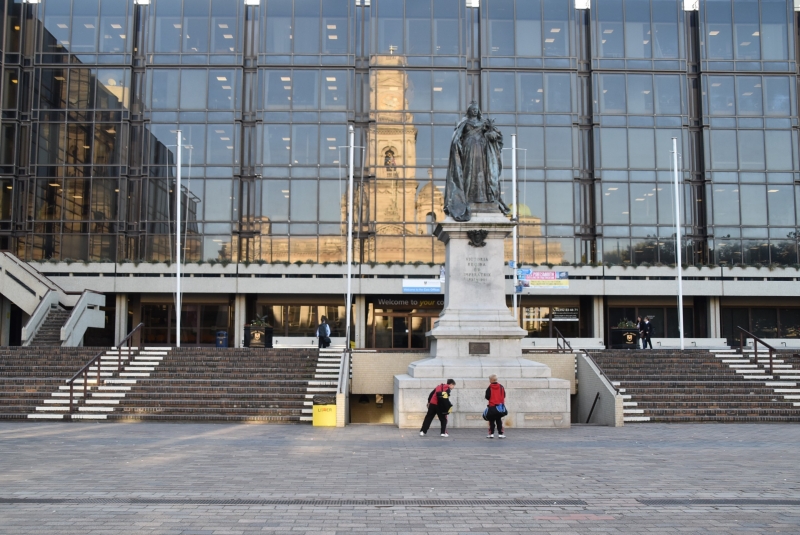 Statue of Queen Victoria. 1903, repositioned 1972. By Alfred
Drury. Granite. Bronze statue of aged Queen Victoria set on
high 4-sided corniced plinth with moulded base. Bronze plaque
main inscription reads 'Victoria Regina et imperatrix 1837 -
1901', bronze plaque at top of plinth represents the borough
crest, further bronze plaque reads 'Erected by public
subscription during the Majority of Sir William T Dupree and
unveiled on July 8th 1903 by Lady Dupree'. Inscription on
stone base reads 'These stones were laid 19th December 1972 to
mark the building of the Civic Offices and Guildhall Square'.
The statue and base was moved from nearby during the
construction of Guildhall Square in 1972.