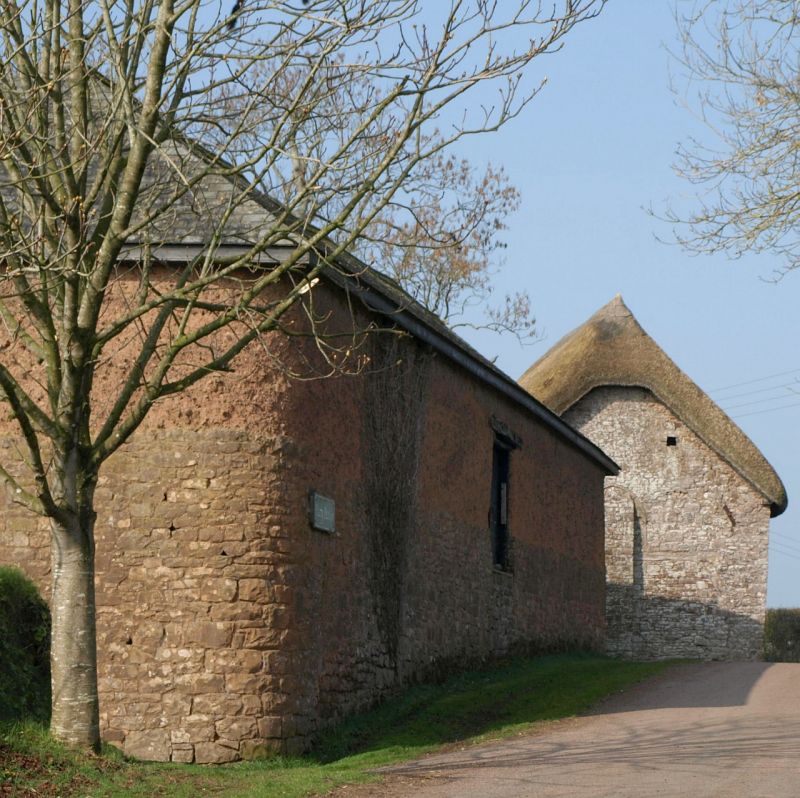 The following buildings shall be upgraded to Grade II* (star):-

3 ranges of farmbuildings enclosing farm courtyard. Early C19 and circa 1860.
Mostly rubble but some cob on rubble footings; slate roofs. 3 ranges of
farmbuildings enclosing outer farm courtyard of Bury Barton farmhouse (q.v.). The
north range of the inner courtyard (q.v.) including the C17 porch form the southern
side. The eastern range abuts the inner court and comprises a 7-bay linhay of circa
1860 and includes a full height carriageway. North range is a 9-bay early C19
linhay. The west range is an 8-bay linlay of circa 1860 with a cob and rubble
walled store at north end and south end abuts outside of inner court. The early C19
work is higher than the circa 1860 work. The linhays are all open-fronted into the
courtyard and have full height timber posts (Alcock's Type T1). North range has
rear loading hatch to haylofts and a scissor-braced king post roof. East range has
collared A-frame and king post trusses and west range has tie beam king post
trusses.
Sources. N W Alcock. A Devon Farm : Bury Barton, Lapford.
Trans. Devon Assoc. XC11 (1960) pp. 124-31.