A Grade I Listed Building in Lapford, Devon 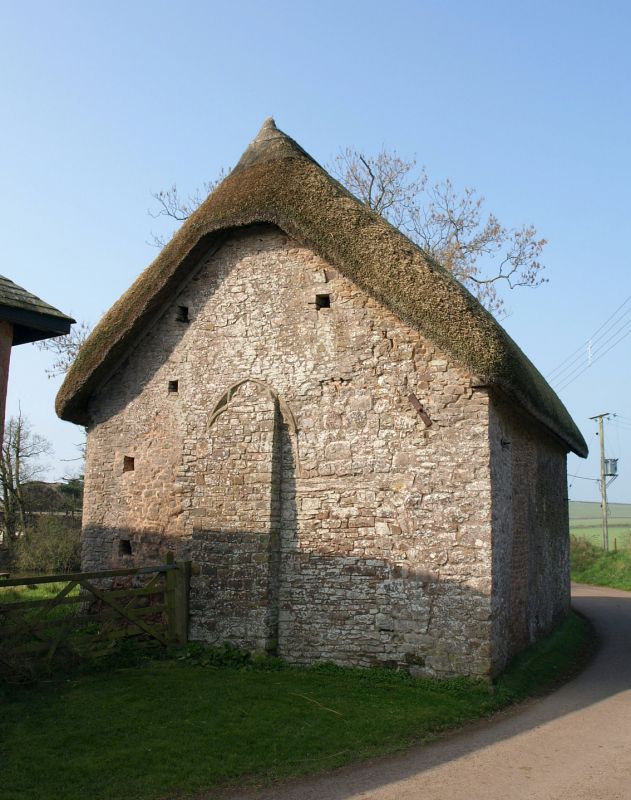 Agricultural store, former chapel. C15, possibly chapel of St James the Apostle
licensed in parish of Lapford in 1434. Mudstone rubble with granite detail;
thatched roof. Gable-ended block. South side includes a round-headed oak doorway
to left and a granite round-headed window with chamfered surround and sunken
spandrels and holes for iron saddlebars each side. In east end the arched head of
blocked granite window with Perpendicular tracery survives but lower part was cut
away by later doorway (now blocked). Another secondary blocked doorway in west end.
Long walls include a series of putlog (scaffolding) holes.
Interior includes some limewashed medieval plaster. Original open wagon roof
survives intact. It is 4 bays with main trusses and wall plate soffit-chamfered.
The western bay includes 4 common rafter trusses, the other 3 include 3 common
rafter trusses. Detached chapels such as this are extremely rare in Devon and this
example is exceptionally well-preserved.
Sources N W Alcock. A Devon Farm : Bury Barton, Lapford.
Trans.Devon.Assoc. XC11 (1960), pp.118-119.