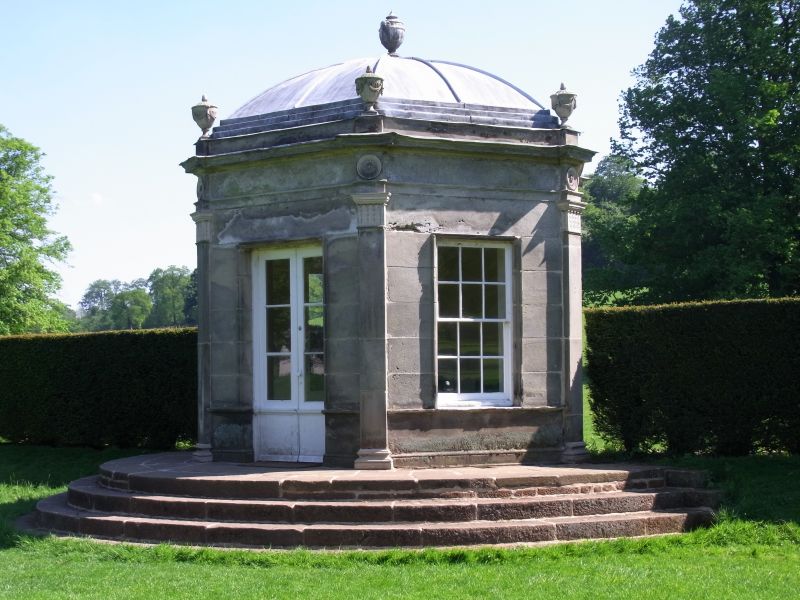 GV II*
Summer House. c1775 probably by George Richardson. Sandstone
ashlar with domed lead roof. Central urn finial. Hexagonal
in plan with pilasters at the angles with upright leaf capitals
and entablature with flower roundels. Urns with swags at the
top. Blocking course. Semi-circle of four stone steps on the
north side. Moulded sill band. Double doors to the north in
moulded surround. Four glazing bar sashes on the other sides, with
moulded surrounds. Blind rear wall. The interior is plastered and
has a moulded cornice and dado rail. The Summer House was moved from
a slightly different position in the 1920s.