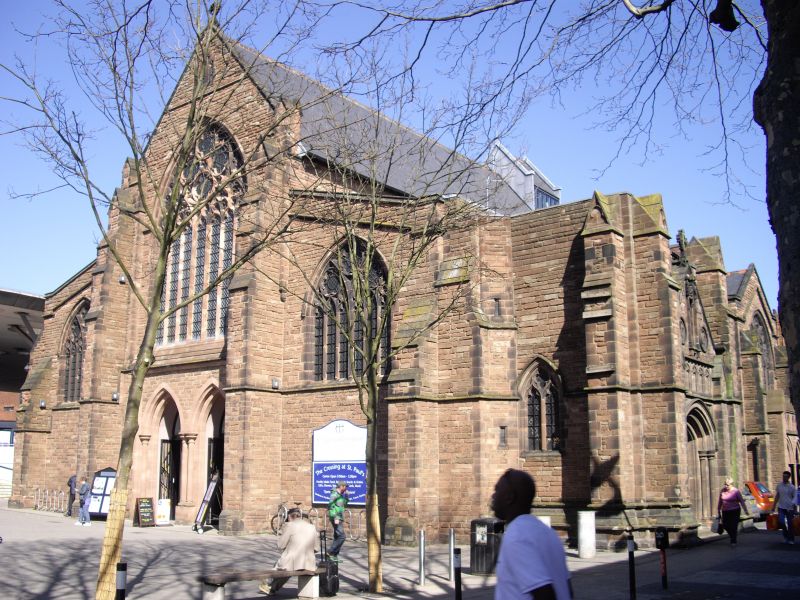 Church. 1892-3 by J.L. Pearson. Sandstone rubble with slate roof. Comprises a nave with clerestory, north and south aisles, north and south porches, shallow transepts, a chancel with apsidal end, south apsidal chapel and north organ loft. The windows have pointed heads. The west window is of seven lights with flowing tracery. The aisle west windows are each of six lights with Geometric tracery. The aisles are each of three bays separated by buttresses and have three-light windows with Geometric tracery. The north porch is gabled and has a moulded pointed doorway. The south porch has angle buttresses and was intended to have a tower and spire, which were not executed. The doorway has a depressed pointed arch and is moulded with angle shafts. The transept windows are both of six lights with Geometric tracery. The south chapel has two two-light windows to the south and three to the east. At the east end of the chancel are five two-light windows.

Interior: four-bay nave arcades have tall pointed arches springing from alternate round and octagonal columns with capitals. The fifth bay of each arcade has a compound pier and respond and opens into a transept. The moulded pointed chancel arch has compound responds. Over the nave is a rafter roof, with collars and scissor-braces. Two pointed arches open from the transept into a north chapel, and a further two arches springing from paired columns open from the chapel into the chancel. The chapel is divided by a two-bay arcade on an east/west axis. A two-bay arcade divides the south chapel from the chancel. Chancel ceiling is plastered. The lower part of the
walls is panelled in oak. The chancel contains carved choir stalls. A sandstone font is elaborately carved.